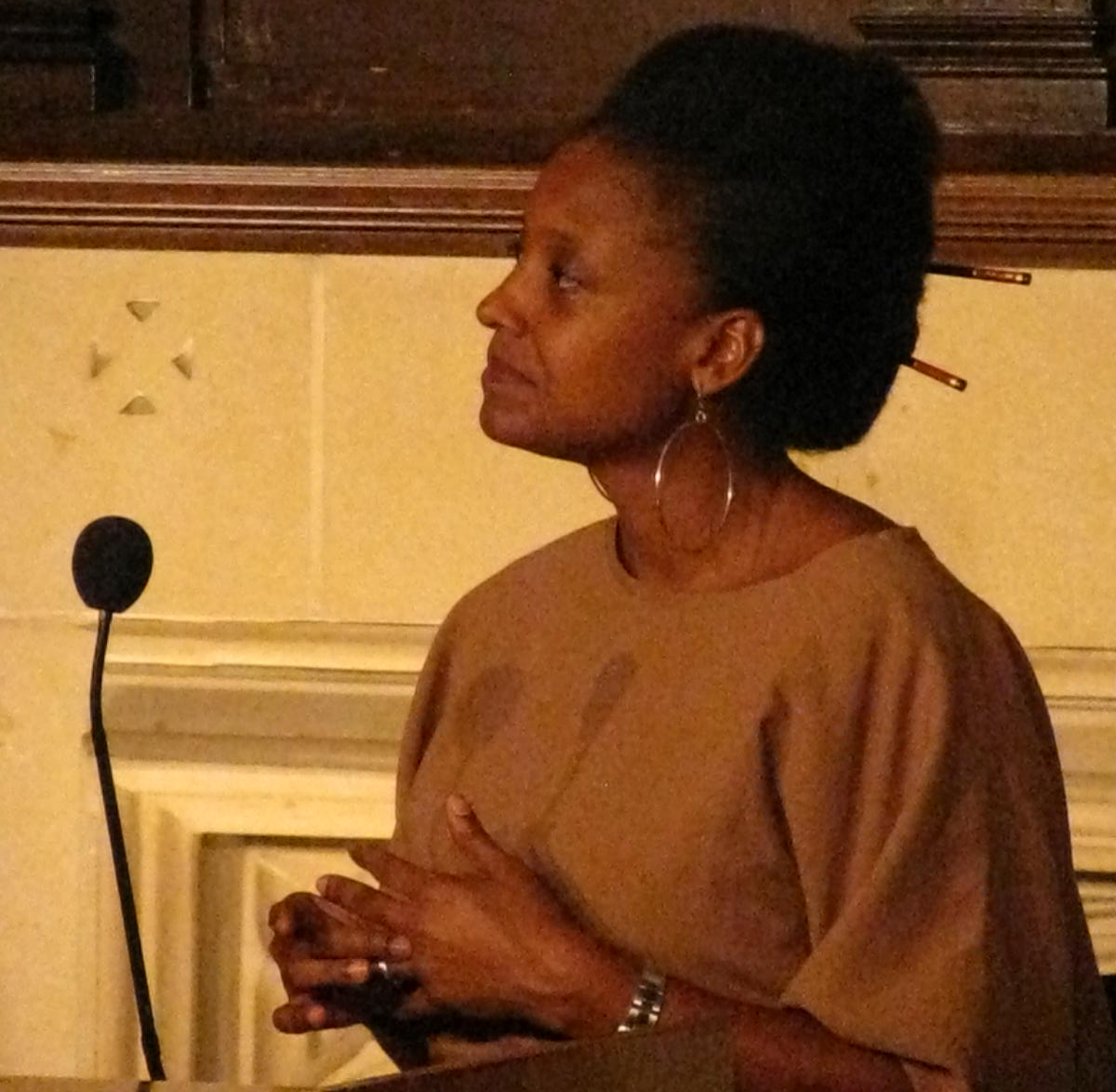 Today is Monday, April 16, 2018. Our birthdays today include current U.S. poet laureate Tracy K. Smith, children’s author Gertrude Chandler Warner, and film composer Henry Mancini. Today’s poem is “The Poem Against the Horizon.” It’s by David Young. Thank you for supporting the work of poets like David. And thank you for reading Bidwell Hollow.

At Harvard University, Tracy K. Smith (affiliate link) double-majored in English and African-American studies. When he learned of this, a white high school classmate of Smith’s asked her, “Is African-American literature as good as our literature? 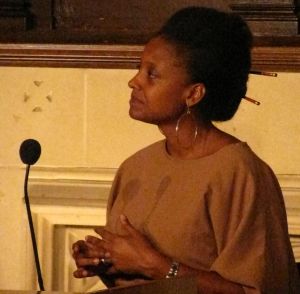 By Slowking4 [GFDL 1.2], from Wikimedia Commons

Smith was born on this date in Falmouth, MA, in 1972. Her dad was in the Air Force, and she grew up by Travis Air Force Base near Fairfield, CA.

At one point Smith’s father worked as an engineer on the Hubble Space Telescope. His duties helped inspire Smith’s third poetry collection, “Life on Mars.”

The book was published in 2011. And for it, Smith received the 2012 Pulitzer Prize in Poetry.

“My hope is to create spaces where people of all stripes can come together and speak at a lower decibel level,” Smith said.

Along with writing poetry and serving as poet laureate, Smith directs the creative writing program at Princeton University.

Smith earned a bachelor’s degree from Harvard in 1994. There she studied under poet Seamus Heaney. And in 1997 she received a Master’s of Fine Arts from Columbia University.

Smith’s latest poetry collection is, “Wade in the Water.” It was published earlier this month.

After the U.S. entered World War I in 1917, Putnam, CT, was facing a situation. The war depleted the town of its male teachers.

By that time, Gertrude Chandler Warner (affiliate link) was a year removed from publishing her first book, “House of Delight.” It’s about her experiences playing with a dollhouse as a child.

So Warner, who never graduated high school, became a first-grade teacher in 1918. She taught for 32 years, but she also wanted to tell more stories inspired by her childhood.

That’s when the train station across from which Warner’s family lived when she was a kid gave her an idea for a story.

Warner produced in 1924 “The Boxcar Children.” It’s the story of orphaned children living in an abandoned boxcar. She redid the book, though, in 1942 to make it more palatable for younger children.

And every year between May and October, Warner’s hometown of Putnam, CT, opens The Gertrude Chandler Warner Boxcar Children Museum.

Today is the birthday of the man who composed songs such as “Moon River” and scores for films such as “Breakfast at Tiffany’s.” That’s Henry Mancini (affiliate link), born in Cleveland in 1924.

“The Poem Against the Horizon”

In a dim room above the freight yards, next to an old brass bed, an angel is taking off his wings. He winces a little as he eases the straps that run down into his chest; the beat of the wings is the beat of the heart.

Out of harness, the heart rolls over now. Panting like a wrestler. Such love, such soaring! Spokane and back. So good to come down, home to this room with stained lace curtains and the sound of switch engines. So good to remove the wings, the love, the yoke the blood must wear as it paces, oxlike, the circle of its day …

He sleeps on his side in the overalls he was too tired to take off. Outside the window, rain runs and drips from the eaves. Overhead, the wind and the black sky belong to someone else.

– “The Poem Against the Horizon” from Field of Light and Shadow: Selected and New Poems (affiliate link). Copyright 2010 by David Young. Used with permission of the author.

Joy Harjo Releases New Poem, Stops Us In Our Tracks