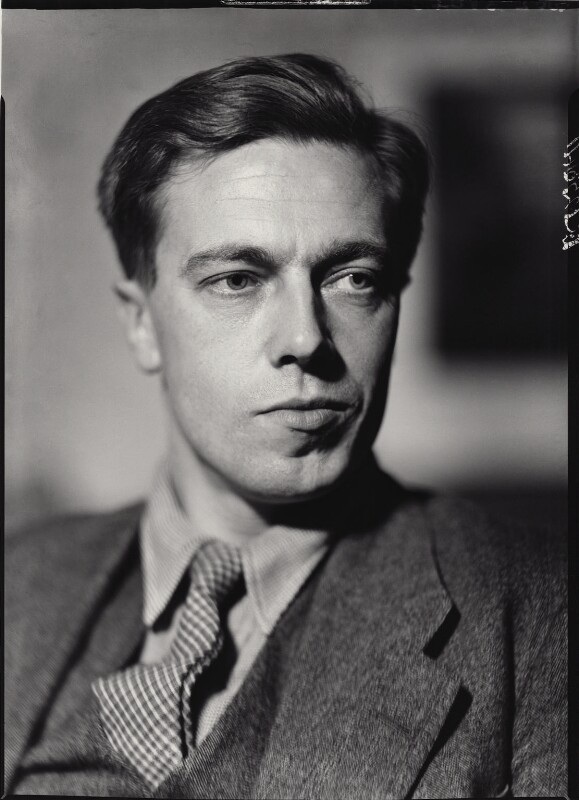 Today is Friday, April 27, 2018. It’s the birthday of poet Cecil Day-Lewis. It’s also the writer and poet Patricia Lockwood’s birthday. An excerpt from Day-Lewis’s “Juvenilia” is our poem for today. Thank you for subscribing to, and supporting, Bidwell Hollow. Have a wonderful Friday.

Cecil Day-Lewis (affiliate link) became a leading poet in Britain during the 1930s. He was a contemporary of poets W. H. Auden and Stephen Spender. The three poets met as students at the University of Oxford. 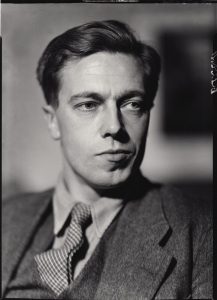 Like Spender and Auden, Day-Lewis’s poetry at the time relied on society’s industrial imagery. Many Day-Lewis poems were parodies.

These “Poets of the 30s” criticized the previous generation of Modernist poets for their disconnect from international affairs. The 1930s were, after all, a time of economic strife, the Spanish Civil War, and increasing fascism in Europe.

Day-Lewis’s early collections include 1931’s “From Feathers to Iron” and “The Magnetic Mountain,” published in 1933.

The poet was born on this date in 1904 in County Laois, Ireland. His father, a vicar with the Church of Ireland, chose the name Cecil for his son. As an adult, Day-Lewis preferred going by C. Day-Lewis.

Along with writing poems, Day-Lewis translated three of Virgil’s works, “Aeneid,” “Georgics,” and “Eclogues.” And he published an autobiography, “The Buried Day,” in 1960.

Day-Lewis, the father of actor Daniel Day-Lewis, served as Britain’s poet laureate from 1968 until his death in 1972.

On a nuclear submarine off the coast of Norway during the Cold War, Patricia Lockwood’s (affiliate link) father watched, “The Exorcist.” The film caused her father, Greg, to convert to Catholicism. 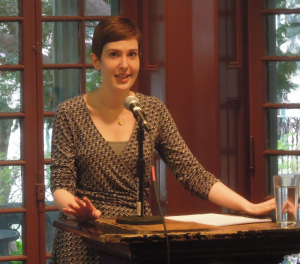 And then Greg became a priest, a married one, because of a loophole he identified in Catholic law.

Greg is the focus of Lockwood’s memoir, “Priestdaddy.” The book was released last year. It focuses on Lockwood’s experience of moving back into her parents’ home as a married adult.

The move was a cost-cutting measure after Lockwood’s husband, Jason, learned he needed an expensive operation to remove advanced cataracts.

Lockwood published in The Awl in 2013 a prose poem about being raped when she was a teenager. The poem, “Rape Joke,” became a viral sensation.

Lockwood is also known for her tweets, which include provocative poems and moments of humor. She once tweeted to The Paris Review, “So is Paris any good or not.”

Lockwood was born in Fort Wayne, IN, on this date in 1982. She grew up in St. Louis and Cincinnati but now calls Savannah, GA, home.

An Excerpt from “Juvenilia”

So this is you

That was an I twenty-five years ago—

One I may neither disown or renew.

Youth of the smouldering heart, the seamless brow,

What affinity between you and me?

You are a skin I have long since cast,

A ghost I carry now:

I am the form you blindly, fitfully glassed,

And the finish of your bright vow.

When I seek to peer,

Through the fancy-dress words wherean you are woodenly posed

And to feel the ardours quivering there,

I am as one eavesdropping upon a captive past

Of which nothing remains but echoes and chains.

Yet, could I lay bare that primitive mural

Whereon I am superimposed,

What boldness of line and colour, what pure quaint moral

Youth of the seamless brow, the smoldering heart,

You are my twin,

Yet we seem worlds apart.

More than mere time-grains pile this desert between:

The sands that efface each instance trace

Of my passage—I think they proceed

From my own nature, their origin

For oblivion, and reservoir of it, deep within.

Were it not so, surely I could remember

Which was your soul, my soul, when we came to write

These poems. But gone is the breath of dawn,

Clinker the dreams it fanned:

These bones, anonymous now and trite,

Are a message scrawled on the sand

That only in dying could a self indite.