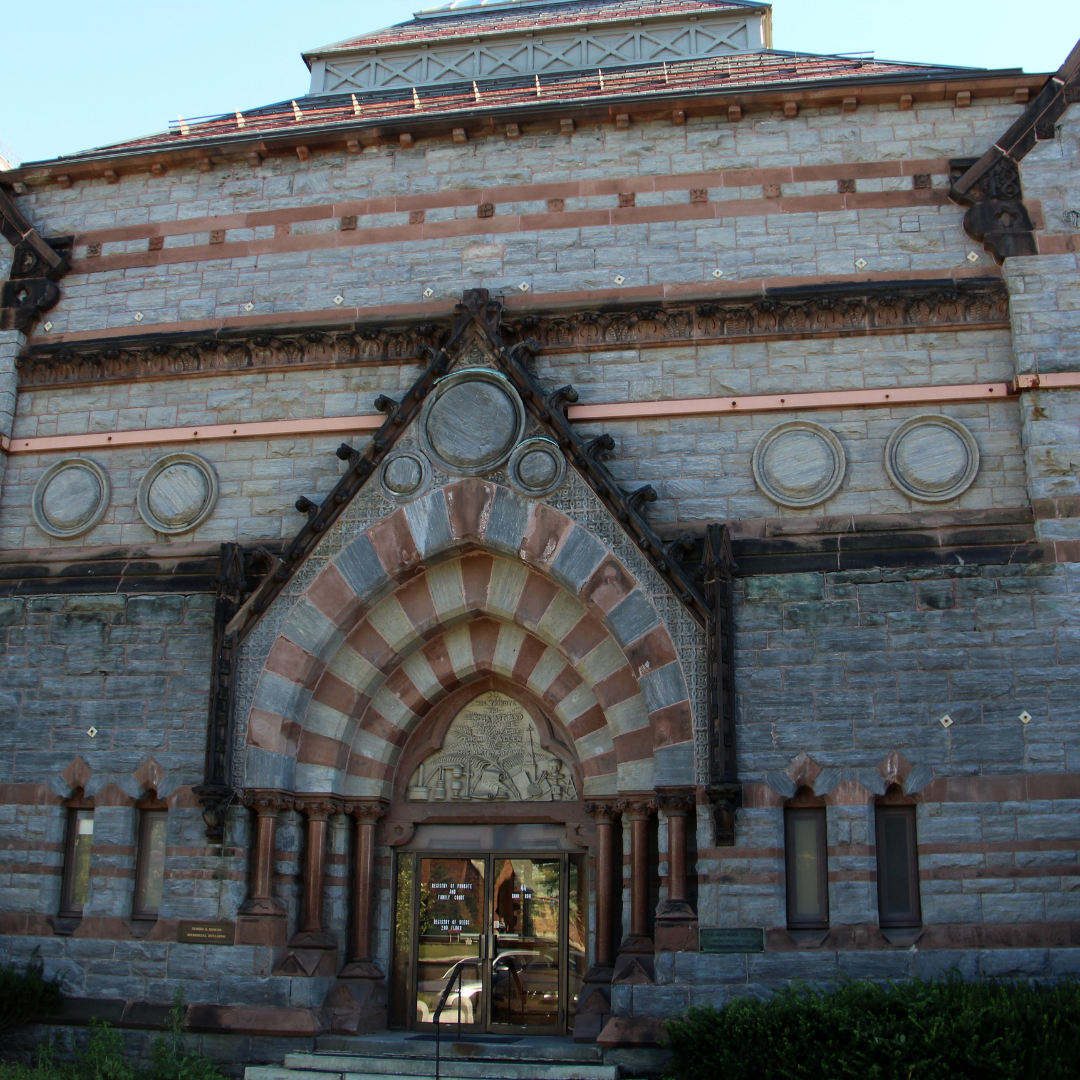 Berkshire Athenaeum, the public library of Pittsfield, MA, is now a Literary Landmark. The designation was made today, the 200th anniversary of Herman Melville.

Melville lived on his farm, Arrowhead, outside of Pittsfield, from 1850-1863. It was there that Melville wrote Moby-Dick while reportedly gazing upon a mountain that looked to the author like a white whale.

Also while at Arrowhead, Melville struck up a passionate and short-lived friendship with fellow writer Nathaniel Hawthorne.

Berkshire Athenaeum holds a Herman Melville collection. The collection includes some of the author’s works and artifacts.

What’s a Literary Landmark, you ask?

It’s an official designation from the American Library Association. Other Literary Landmarks include the homes of William Faulkner and a stuffed bird.

The bird, named “Grip” the Raven, was once the pet of Charles Dickens. And Grip inspired Edgar Allan Poe when he wrote his infamous, “The Raven.”

Berkshire Athenaeum is located at One Wendell Avenue in Pittsfield, MA.