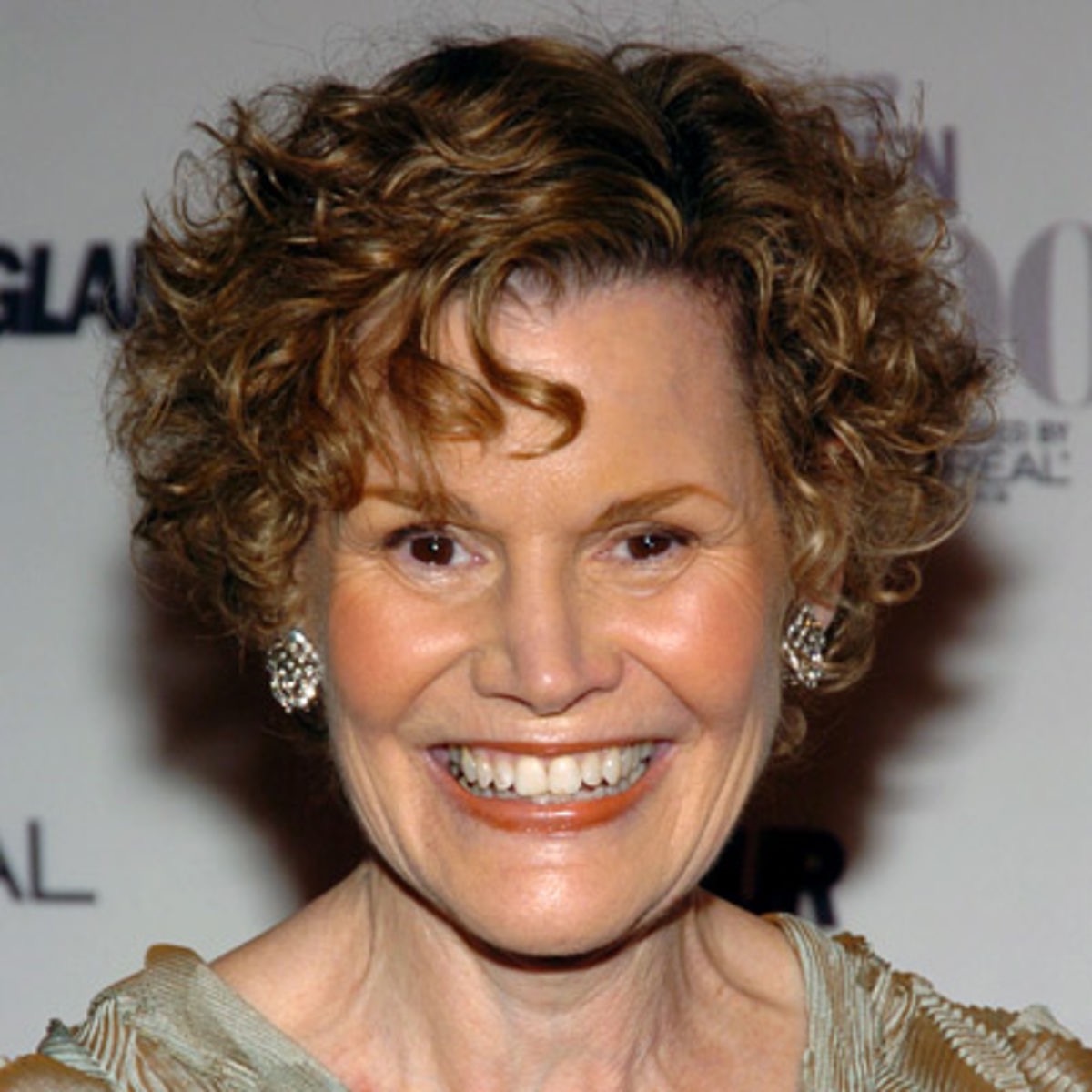 Blume’s published 29 books, mostly for young readers. Her books include “Are You There God? It’s Me, Margaret.,” “Tiger Eyes,” and “Superfudge.” Over 85 million copies of her books have been sold and translated into 32 languages. 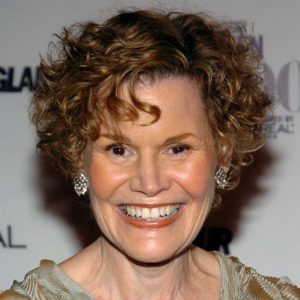 Blume’s books tackle difficult topics and situations, such as divorce or puberty, in frank, non-judgemental ways.

In “Are You There God,” the 11-year-old main character, Margaret, contends with religion and other adolescent issues. And in “Forever,” two unmarried teenagers deal with sex and birth control.

Despite the popularity of Blume’s books with younger audiences, some adults have issues with the topics about which Blume writes.

The author’s been the target of many book-banning efforts. After one such campaign in the 1980s, Blume joined the board of the National Coalition Against Censorship. She remains on the board today.

And Blume is listed on the American Library Association’s list of the most frequently challenged authors of the 21st century.

But Blume’s books continue to be read. Decades after they published, her books “Double-Fudge,” “Tales of a Fourth Grade Nothing,” and “Are You There God” each continue selling about 100,000 copies each year.

Blume has even published four novels for adults, starting in 1975 with “Wifey.” Her latest novel is 2015’s “In the Unlikely Event.”

These days Blume and her husband, George Cooper, own and run a bookstore in Key West, FL.

The many awards that Blume’s received include the Library of Congress Living Legends Award and the National Book Foundation’s Medal for Distinguished Contribution to American Letters. Last year, Blume received the E. B. White Award from the American Academy of Arts and Letters.

About her work, Blume said, “I’m not a great writer. But maybe I’m a really good storyteller.”

Also born today was the 16th President of the United States, Abraham Lincoln. He was born in 1809 in Hardin County, KY.

Lincoln became President on March 4, 1861. He led the country through the Civil War. He issued the Emancipation Proclamation, which freed slaves in Confederate states. Many view him as one of the most influential Presidents to ever serve.

Today is also the birthday of Jackie Torrence (affiliate link), born in Chicago in 1944.

Torrence was a library assistant at a school in High Point, NC in 1972. She was asked to fill in one day for the librarian who called out sick. So Torrence told stories to entertain the children.

That led to Torrence being invited to tell stories at a community event. And from there, Torrence launched a storytelling career that earned her the moniker of “The Story Lady.”

Torrence took her storytelling to 47 states and countries like Mexico and New Zealand. She told stories at the National Storytelling Festival, the Kennedy Center, and Lincoln Center. She appeared on “The David Letterman Show” and “CBS Sunday Morning with Charles Kuralt.”

Torrence recorded several albums of her stories and published two books, “Jackie Tales and the Art of Telling Them” and “The Importance of Pot Liquor.”

And she received several honors, including a 1997 World Storytelling Award.

Torrence died in 2004. The following year, a resolution passed by the North Carolina General Assembly recognized Torrence’s contributions to storytelling. Part of it read, “Jackie Torrence brought a great deal of joy and humor to the lives of countless children and adults with her unique style, melodious voice, and expressive face.”

And born today in 1809 in Shropshire, England was Charles Darwin (affiliate link). The naturalist changed science with his theory of evolution, dispatched in his book “On the Origin of Species,” published in 1859.

Darwin developed his theory based on an around-the-world trip he took on the HMS Beagle in 1837-1839. Darwin explored parts of South America and the Galapagos Islands. At these places, he observed flora and fauna, took notes and made sketches.

It took Darwin 20 years to complete what became “On the Origin of Species.” In it, he proposed that all animals evolve and share common ancestors. And he presented the idea of natural selection.

And today is the birthday of Jacqueline Woodson (affiliate link). She was born in 1963 in Columbus, OH. 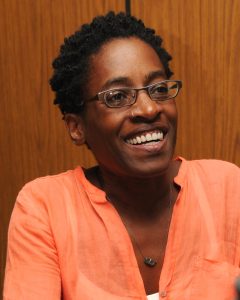 Woodson is the author of over 30 books for kids. Her books include “Last Summer With Maizon,” “Miracle’s Boys,” and “Brown Girl Dreaming.”

The latter book published in 2014. It’s the story of Woodson’s family in the segregated American South. The book goes from Reconstruction to the civil rights movement, ending at the author’s childhood. “Brown Girl Dreaming” won a National Book Award and a John Newbery Medal.

About the power of reading, Woodson said, “When you come to literature, it does allow you an escape from the world if that’s what you need, but it also changes you. You’re different than when you started that book.”

Under a wall of bronze,

Where beeches dip and trail

Their branches in the water;

With red-tipped head and wings—

A beaked ship under sail—

There glides a single swan.

Under the autumn trees

He goes. The branches quiver,

Dance in the wraith-like water,

Which ripples beneath the sedge

With the slackening furrow that glides

In his wake when he is gone:

Into the windless dusk,

Where in mist great towers stand

That is bodiless and dim,

He speeds with easy stride;

And I would go beside,

Till the low brown hills divide

At last, for me and him. 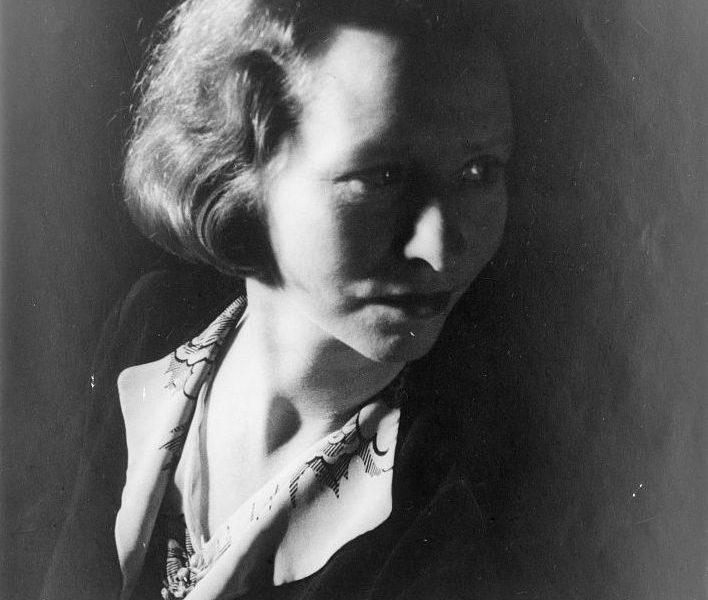