Today is Wednesday, Feb. 14, 2018. It’s Valentine’s Day, in case you have a significant someone you need to remember. Today is also the birthday of Frederick Douglass, Carl Bernstein, and A. M. Klein. And “The Importance of Being Earnest” opened today in 1895. Our poem for today is “The Uses of Poetry” by William Carlos Williams. Thank you for reading. I appreciate your support. Have a great day.

Today is the birthday of abolitionist and civil rights leader Frederick Douglass (affiliate link). Or, it’s when Douglass chose to celebrate his birthday. He was born into slavery in Maryland in 1818 and didn’t know his exact birth date.

His birth name was Frederick Augustus Washington Bailey. At 20, Bailey escaped to the North. He changed his name to Douglass to avoid capture by slave hunters. The name came from Sir Walter Scott’s poem, “The Lady of the Lake.” 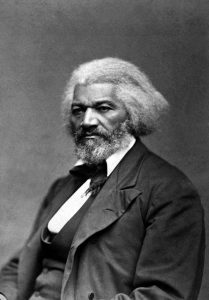 In 1841, Douglass put his knowledge of words to use. He spoke at an antislavery convention in Nantucket, MA, about his experience as a slave. His speech made him famous.

Douglass began making speeches along the East Coast advocating for the abolishment of slavery.

In 1845, he published the first of three autobiographies, “Narrative of the Life of Frederick Douglass, an American Slave.” Douglass discloses in the book the name and location of his former master. To avoid being kidnapped back into slavery, Douglass headed to Europe.

When he came back in 1847, he started an antislavery newspaper. Douglass edited the paper for 13 years, until 1860.

Then during the Civil War, Douglass advised President Abraham Lincoln. Douglass pushed the President on issues such as equal pay for black soldiers.

After the Civil War, Douglass held several government positions. He fought throughout his life for freedom and equality for African Americans.

“The Importance of Being Earnest” Opens

And tonight at the St. James Theatre in London in 1895, Oscar Wilde’s (affiliate link) “The Importance of Being Earnest” opened.

The opening night audience loved “The Importance of Being Earnest.” They called Wilde onto the stage at the end, but the playwright declined. He was avoiding the Marquess of Queensberry. The Marquess was the father of Wilde’s lover, Lord Alfred Douglas.

At the time of “The Importance of Being Earnest’s” opening, the Marquess was criticizing Wilde for being gay. Homosexuality in England was illegal at the time.

Unbeknownst to Wilde, the Marquess wasn’t in attendance that night. Police had prevented him from entering the theater for fear he would throw rotten vegetables at Wilde.

Though Wilde escaped an attack on opening night, he was arrested two months later for gross indecency.

The day after his arrest, Wilde’s name was removed from the program and advertising for “The Importance of Being Earnest.” But that didn’t save the play, which closed after 83 performances.

Wilde served two years in prison and spent the rest of his life in exile.

Today, though, some view “The Importance of Being Earnest” as a classic and one of the funniest plays ever written.

It’s the birthday of former Washington Post reporter Carl Bernstein (affiliate link). He was born in Washington, DC, in 1944.

Bernstein’s journalism career began when he was 16. He started as a copy boy for the DC newspaper The Star. He was a reporter by 19, and he was reporting for The Washington Post in 1972.

That’s when he and fellow reporter Bob Woodward were assigned to cover a burglary at the Watergate apartment complex in Washington. The duo’s first story about the break-in published at the bottom of page one of the June 18, 1972, issue of The Post.

The article began a saga that led to the resignation of President Richard Nixon on Aug. 9, 1974.

For their work, Woodward and Bernstein shared with The Post the 1973 Pulitzer Prize for Public Service.

The reporters published in 1974 a bestselling book, “All the President’s Men.” It chronicles their experience working on the Watergate story. A film of the same name came out in 1976, starring Robert Redford and Dustin Hoffman.

Bernstein has published four more books since “All the President’s Men.” His most recent book is a 2007 biography of Hillary Clinton.

Today is also the birthday of Canadian poet A. M. Klein (affiliate link). He was born Abraham Moses Klein in Ratno, Ukraine in 1909. A year later, he moved with his parents to Montreal.

Klein practiced law, lectured, edited the Canadian Jewish Chronicle, and wrote poetry. Most of his poems focused on Jewish culture and the plight of Jews around the world.

Two of his poetry collections, “Hath Not a Jew…” and “Poems,” published during World War II. The poems of both volumes focus on the antisemitism and attacks that Jews suffered at the time. And his 1944 poem, “The Hitleriad,” satirized Nazi Germany’s crimes against Jews.

Klein published one novel, 1951’s “The Second Scroll.” He wrote the book after visiting post-World War II refugee camps in North Africa and Europe. It’s a symbolic novel about a Messiah leading Jews to the Promised Land in modern times.

In the 1950s, though, Klein started suffering from depression. He gave up writing and his law practice, withdrawing from public life. He passed away in 1972.

“The Uses of Poetry”

I’ve fond anticipation of a day

For I must read a lady poesy

The while we glide by many a leafy bay,

Hid deep in rushes, where at random play

Whom we have idly frighted with our boat’s long sway.

For, lest o’ersaddened by such woes as spring

To rural peace from our meek onward trend,

What else more fit? We’ll draw the latch-string

And close the door of sense; then satiate wend,

To worlds afar whose fruits all anguish mend. 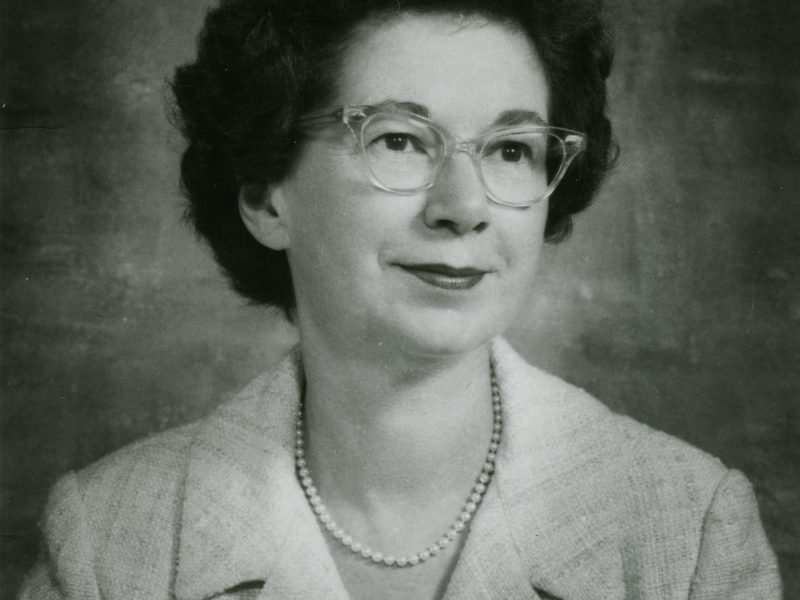