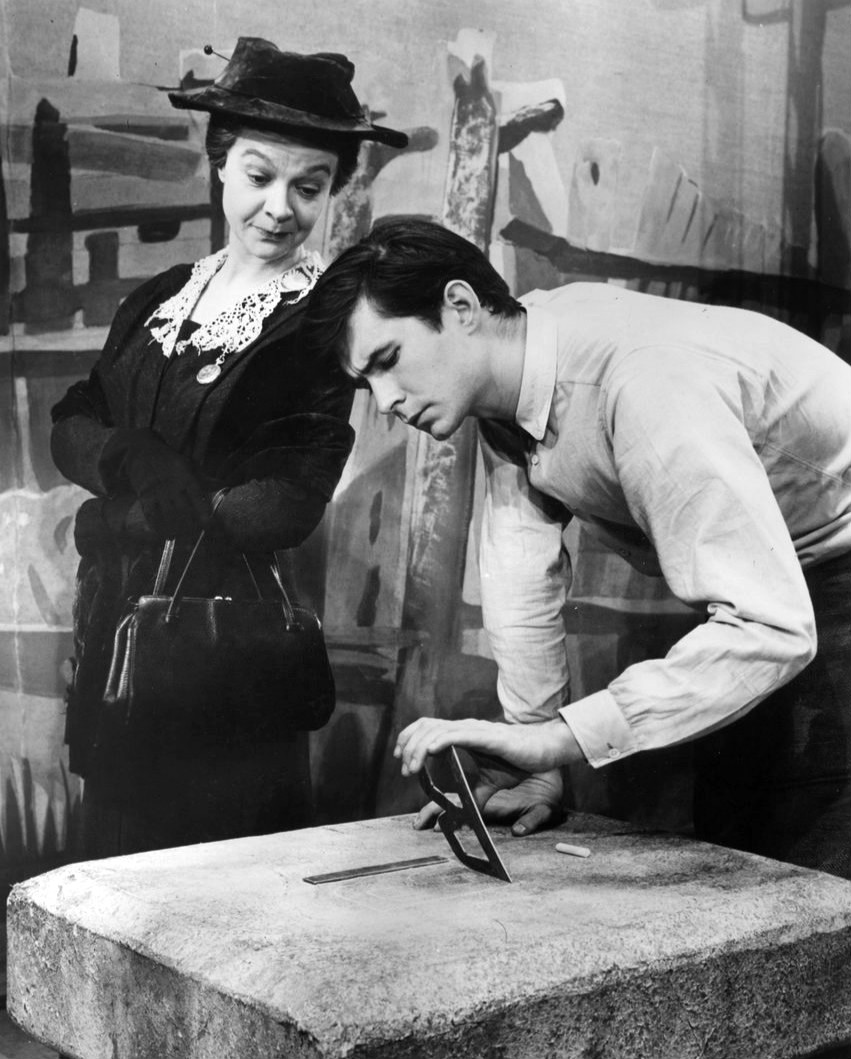 Today is Wednesday, Feb. 28, 2018. Writers with birthdays today include Ketti Frings and Colum McCann. It’s also the birthday of poet Stephen Spender. And it’s the 35th anniversary of the airing of the final episode of “M*A*S*H.” Today’s poem is “Regret,” by Olivia Ward Bush-Banks. Thank you for reading. Let’s have a great day.

It’s the birthday of Ketti Frings (affiliate link), born in 1909 in Columbus, OH. She won the 1958 Pulitzer Prize for Drama for, “Look Homeward, Angel.” 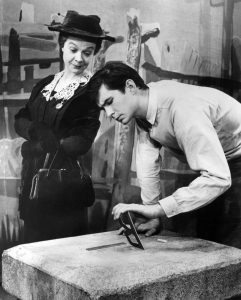 But 19 years earlier, Frings was an unknown movie fan magazine writer in Los Angeles. The year before, in 1938, she met and married a boxer from Germany named Kurt Frings. Kurt was in a refugee camp near the U.S. border in Mexico, awaiting emigration into America.

Ketti wrote a film treatment about their life. The story focused on a man in a Mexican refugee camp whose wife lives in a one-bedroom Hollywood apartment. There she writes fan magazine articles to support them. She titled it, “Memo to a Movie Producer.”

Ketti knew a producer at Paramount Studios through her magazine writing. She used that connection to get a 15-minute interview with the producer.

When the time came for the interview, Ketti walked into the producer’s office, dropped her treatment onto his desk, and walked out. She gambled that the producer would use the rest of the time she’d scheduled with him to read the treatment. He did.

With the money, Ketti focused on writing for the theater. She wrote the play “Mr. Sycamore,” which debuted on Broadway in 1942.

Ketti went back to writing for Hollywood for several years. She then turned her attention to Thomas Wolfe’s autobiographical novel, “Look Homeward, Angel.” She purchased the rights to the book, then set about adapting the 626-page tome into a play.

And it’s the birthday of poet Sir Stephen Spender (affiliate link). He was born in London in 1909. 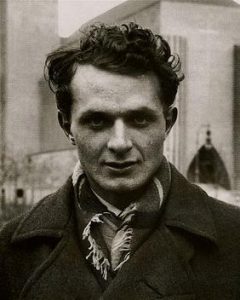 Spender met fellow writers W. H. Auden, Cecil Day-Lewis, and Louis MacNeice when they were all undergrads at Oxford. Though Spender left Oxford without graduating, the group remained close. They found commonality in writing poetry that touched on the politics and current events of their time.

It was the 1930s, with a global economic depression and the rise of fascism in Europe. The young poets sought to abandon the abstract poetry of the recent past, such as that written by T. S. Eliot. They instead wrote poems they believed wider audiences could understand. And they focused on what a better world could be.

Spender’s 1951 autobiography, “World Within World,” generated excitement for the writer’s disclosure about his relationship with another man in the 1930s. Literary historians today cherish the book for its insights into the lives of Auden, Spender, and writer Christopher Isherwood in the 1930s.

Titled “Goodbye, Farewell, and Amen,” the episode was a 2.5-hour movie. It aired as the TV show’s 256th episode.

Set near Seoul, South Korea, “M*A*S*H” centered on doctors and their staff at a mobile army surgical hospital during the Korean War. The show was based on Robert Altman’s 1970 movie, “MASH,” and Richard Hooker’s 1968 novel, “MASH: A Novel About Three Doctors.”

Alan Alda played Pierce. And it was Alda who directed the final episode of “M*A*S*H.”

Seventy-seven percent of the American TV audience watched that final episode air. It was the most-watched television event for 27 years when Super Bowl 44 surpassed it in 2010.

Today is also the birthday of Colum McCann (affiliate link). He was born in Dublin, Ireland, in 1965.

McCann is the author of 10 books, including “Let the Great World Spin.” The book centers on Philippe Petit’s 1974 tightrope walk between the World Trade Center’s two towers. It received the 2009 National Book Award for fiction.

McCann was 21 when he left Ireland for the U.S. in 1986. He wanted to write a novel in America, but instead, he spent a year-and-a-half biking across the country.

By 1988, McCann was in Texas, serving as a wilderness guide for juvenile delinquents. He then enrolled at the University of Texas, from where he graduated with degrees in history and English.

McCann’s first book, “Fishing the Sole-Black River,” published in 1994. His first novel came out the following year, nine years after he first came to America to write a novel in the U.S.

Along with his books, McCann’s published stories in periodicals such as GQ, the Irish Independent, and The New York Times. He received a Guggenheim Fellowship in 2010.

I said a thoughtless word one day,

A loved one heard and went away;

I cried: “Forgive me, I was blind;

I would not wound or be unkind.”

I waited long, but all in vain,

To win my loved one back again.

Too late, alas! to weep and pray,

Death came; my loved one passed away.

Then, what a bitter fate was mine;

No language could my grief define;

Tears of deep regret could not unsay

The thoughtless word I spoke that day.