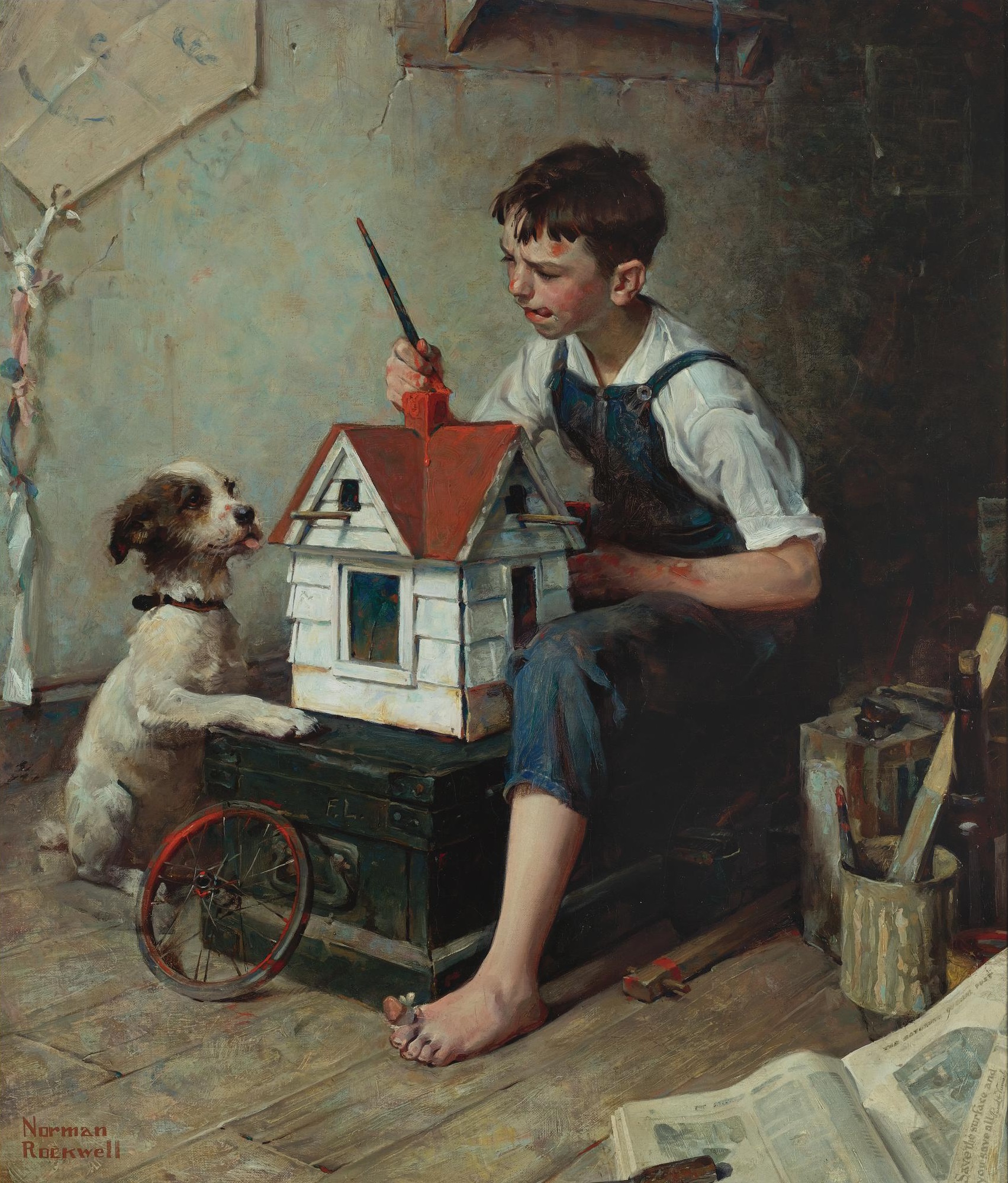 Welcome to the Feb. 3-4, 2018 weekend edition of Bidwell Hollow. This weekend holds the birthdays of writers Gertrude Stein, James A. Michener, and MacKinley Kantor. It’s also the birthday of poet E. J. Pratt and painter Norman Rockwell. Our poem for this weekend is Michael Longley’s “Bird-Watching.” Thank you for reading, listening to, and sharing Bidwell Hollow. See you Monday.

Stein moved with her brother, Leo, to Paris in 1903. For six years the siblings lived together until Stein moved in with Alice B. Toklas. 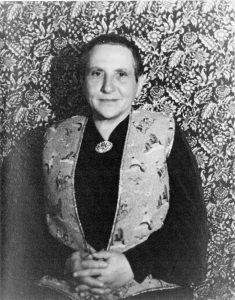 Particularly after World War I, Stein and Toklas hosted salons attended by writers and artists. Many expat American writers, such as F. Scott Fitzgerald and Ernest Hemingway, attended. Stein dubbed this group of writers the Lost Generation, a label that remains in use today.

Stein did some writing herself. She published a book of three stories about three working-class women in 1909 (“Three Lives”). And she released a volume of poetry, “Tender Buttons,” in 1914.

Stein’s writing tended to be nonlinear and often plotless. Her only commercial writing success came with 1933’s “The Autobiography of Alice B. Toklas.” The book was actually an autobiography of Stein, written as if told from Toklas’ perspective.

Also born today, in New York City in 1894, was the man who illustrated much of 20th century America. That’s Norman Rockwell (affiliate link).

Rockwell created 322 covers for The Saturday Evening Post. And he’s responsible for some of the most iconic American illustrations from the 1930s and 1940s. 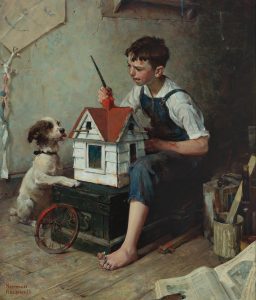 These include his Four Freedoms paintings, which he created after listening to a speech by President Franklin D. Roosevelt. Each of the four paintings depicts Rockwell’s interpretation of the freedoms of speech, worship, from want, and from fear.

The federal government used the pieces to raise money for the World War II effort. The Four Freedoms paintings are credited with selling $130 million in war bonds.

In his later years, Rockwell created covers for Look magazine. These pieces focused on issues relevant to the 1960s, such as civil rights and the Space Age. Rockwell’s most memorable painting from this period shows a small black girl being escorted to school by U.S. marshals. It’s called “The Problem We All Live With.”

Norman Rockwell once said, “I paint life as I would like it to be.”

And born today in New York City in 1907 was James A. Michener (affiliate link).

Well, today is at least the day Michener considered his birthday. There are no records of Michener’s birth, including the identity of his parents.

Michener was raised by a widow in Doylestown, PA. He considered the woman, Mabel Haddock Michener, his mother.

After Doylestown Michener traveled the U.S. before entering Swarthmore College on a scholarship. He graduated there in 1929, taught for a while, then worked as a textbook editor in New York.

After the Japanese attack on Pearl Harbor, though, Michener enlisted in the U.S. Navy. He didn’t see a lot of combat, but he did have time to write. He spent much of his free time jotting down short stories.

Michener published these stories as “Tales of the South Pacific” in 1947. For this, he received the Pulitzer Prize in Fiction the following year. And Rodgers and Hammerstein turned the book into the successful Broadway musical, “South Pacific,” in 1949.

Michener spent the next nearly 50 years publishing novels. His books were often large, historical narratives. Such as his novel, “Texas,” which published in 1985. The book’s first print run of 750,000 was at the time the largest print run for Random House.

Tomorrow is the birthday of Canadian poet E. J. Pratt, born in Western Bay, Newfoundland in 1883.

Though he spent much of his life in Toronto, Pratt’s formative years in Newfoundland featured prominently in his poetry. He often wrote of death and of man’s struggle with the sea.

Pratt published poetry collections from 1917 to 1962. His writing covered topics such as the Titanic, World War II, and the building of the Canadian Pacific Railroad.

Three times Pratt won Canada’s highest poetry trophy, the Governor General’s Award. And King George VI appointed Pratt a Companion of the Order of St. Michael and St. George, one of 65 Canadians to ever receive the honor.

Tomorrow is also the birthday of writer MacKinley Kantor (affiliate link). He was born in 1904 in Webster City, IA.

Kantor is most known for his historical novel “Andersonville” (1955). It’s about the infamous Confederate prisoner-of-war camp during the Civil War. “Andersonville” netted Kantor the 1956 Pulitzer Prize in Fiction.

Before “Andersonville,” Kantor worked as a screenwriter in Hollywood. But World War II interrupted that chapter in his life. He worked during the war as a war correspondent for Esquire and The Saturday Evening Post.

And though it was against the rules, Kantor flew in combat missions over Germany. The writer estimated he flew 11 such missions as a machine-gunner.

After the war, Kantor published a novella, “Glory for Me” (1945) that was turned into the film “The Best Years of Our Lives.” The movie won the Academy Award for Best Picture in 1947.

And today in 1834, the Wake Forest Institute was founded in the town of Wake Forest, NC. Initially open only to male students, 74 students enrolled in the school’s first year.

I waken in dawn-light as tufted ducks

Settle among the residential swans

But fall asleep before counting them,

Then I open my eyes on lapwings —

And landing beside the Fairy Fort

Where I want my ashes wind-scattered.

Shutting at last my bird-watching eyes,

A starling-whoosh in my inner ear.

– “Bird-Watching” from Angel Hill. Copyright 2017 by Michael Longley. Used with permission of the author and Wake Forest University Press.