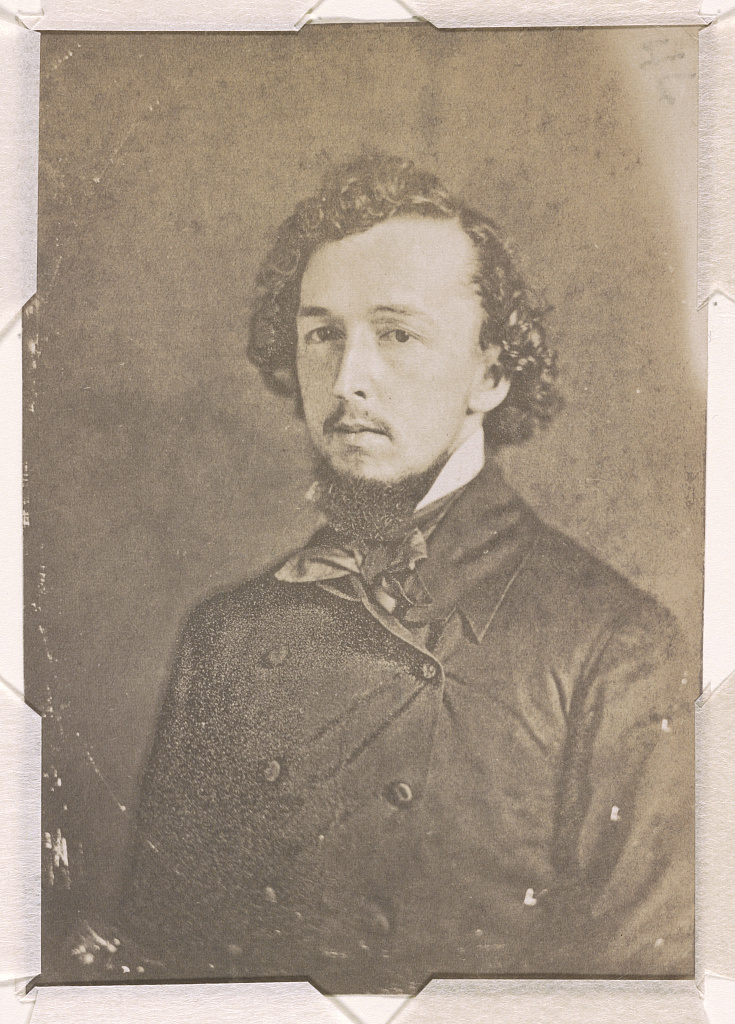 Today is Jan. 11, 2018. It’s the birthday of writer Diana Gabaldon, poet Bayard Taylor, and more. It’s also the day on which J.K. Rowling finished writing the seventh and final Harry Potter book. Thank you for reading. And if you enjoy Bidwell Hollow, please share it with others.

Rowling was already at work on the book when she moved into The Balmoral in August 2006. She spent the next six months there, in room 552. Only the workers who serviced her room knew J.K. Rowling was staying there. They kept the secret until after Rowling had checked out.

After finishing Deathly Hallows, Rowling graffitied a bust in the room. She wrote, “J.K. Rowling finished writing Harry Potter & the Deathly Hallows in this room (552) on 11th Jan. 2007.”

Room 552 is now called The J.K. Rowling Suite. An owl adorns its front door. And the bust Rowling signed remains, although now it’s encased in glass.

Today is the birthday of poet, writer, and translator Bayard Taylor. He was born in Kennett Square, PA in 1825. 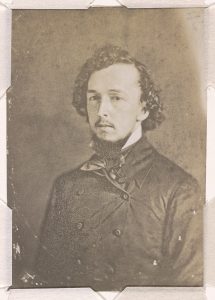 Taylor started writing poetry when he was seven. He published his first collection, “Ximena,” at age 19 in 1844. Shortly after the collection published he decided he wanted to travel to Europe. He convinced the Saturday Evening Post, the United States Gazette of Philadelphia, and The New York Tribune to pay for his trip. In exchange, he would write letters of his travels that the media outlets could publish.

The letters proved popular. In 1846 Taylor published them as a book, “Views a-foot Or, Europe seen with knapsack and staff.” The book was a hit, going through 24 editions in 13 years.

Next Taylor became literary editor for Union Magazine the Tribune. In 1847 Tribune editor Horace Greeley asked Taylor to read a submission Greeley had received from an unknown writer. Greeley said to Taylor, “Now you must do something for this young man. His name is Thoreau. He lives in a shanty at Walden Pond near Concord, on $37.21 a year, and he must be encouraged.”

Taylor reviewed the manuscript. He persuaded Greeley to pay the writer, Henry David Thoreau, $75 for the essays.

Throughout his life Taylor traveled, visiting California, Japan, China, India, and Egypt. He wrote and published accounts of all his journeys.

Taylor had a strong command of German. He published in 1870 a translation of Johann Wolfgang von Goethe’s “Faust.” The work remains one of Taylor’s most noteworthy accomplishment.

In 1878 U.S. President Rutherford B. Hayes appointed Taylor as a minister to the German Court in Berlin. It was in that city that Taylor died in April 1878.

Andrade participated in the Semana de Arte Moderna (Week of Modern Art) that took place in São Paulo in 1922. The event kicked-off the Modernist movement in Brazil.

In 1928 Andrade published “Manifesto Antropófago,” or the “Cannibalist Manifesto.” In it, Andrade argued in favor of Brazil absorbing other cultures in defining its own. He used cannibalism as a metaphor for Brazil consuming its colonial and native past and creating its own culture. The essay is credited with helping spur Brazil’s nationalist identity.

Today is the birthday of New York Times-bestselling writer Diana Gabaldon. She’s the author of “The Outlander” series of books.

Gabaldon, who has a Ph.D., was a professor at Arizona State University when she decided to learn how to write a novel. She had up to that point written scientific articles and textbooks. And in the late 1970s, she had worked as a freelance comic book writer for The Walt Disney Company.

But Gabaldon had never written a novel, so in 1988 she decided to give it a shot.

Gabaldon landed upon writing a historical novel since that would take research, something she knew how to do. She was considering when and where to set her novel when she watched an episode of “Doctor Who.” That episode featured a character from 18th century Scotland.

“So I thought,” Gabaldon said. “‘Well, it doesn’t matter where I set this book, I’m going to have to look everything up anyway. The important thing is to pick a place and start in.’ So I said, ‘Scotland in the 18th century. That’s where I’ll start.’”

That first novel turned into “Outlander.” The book published in 1990. It’s the story of a World War II combat nurse who ends up in Scotland in 1743.

To date, Gabaldon has published eight Outlander books. More than 28 million copies of Outlander books are in print in 26 countries and 23 languages. The Starz Network’s “Outlander” TV show is based on the books. Gabaldon is a producer and consultant for the show.

Gabaldon is currently at work on the ninth Outlander book, “Go Tell the Bees that I Am Gone.”

And today is the birthday of Alan Paton. He was born in 1903 in Pietermaritzburg, Natal, South Africa.

Paton was a schoolteacher who then took over a prison for young blacks near Johannesburg in 1935. He implemented controversial and compassionate reforms such as home visits and work permits.

After World War II, Paton studied prison reform in Europe and the U.S. It was during these trips that he began to write what would become his most famous book, “Cry, the Beloved Country.” It tells the story of a preacher dealing with the murder of his son among South Africa’s racial tensions.

Paton spent the rest of his life writing and advocating against apartheid in South Africa.

Wind:
Why do you play
that long beautiful adagio,
that archaic air,
to-night
Will it never end?
Or is it the beginning,
some prelude you seek?

Is it a tale you strum?
Yesterday, yesterday—
Have you no more for us?

Wind:
Play on.
There is nor hope
nor mutiny
in you. 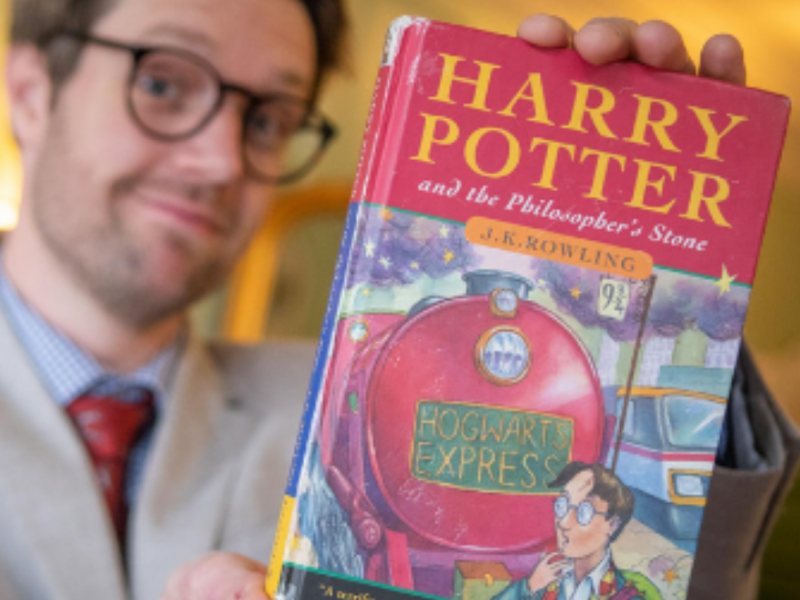 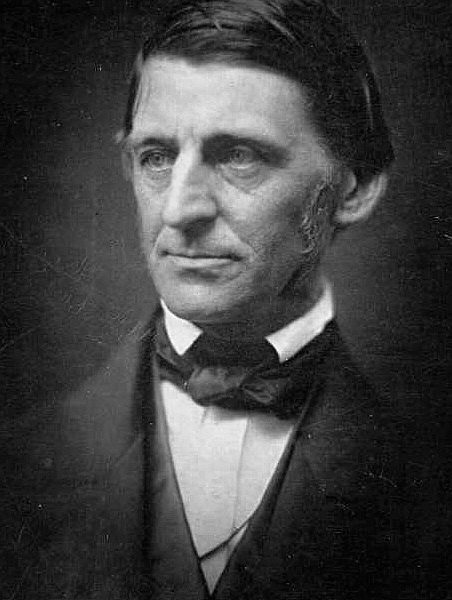