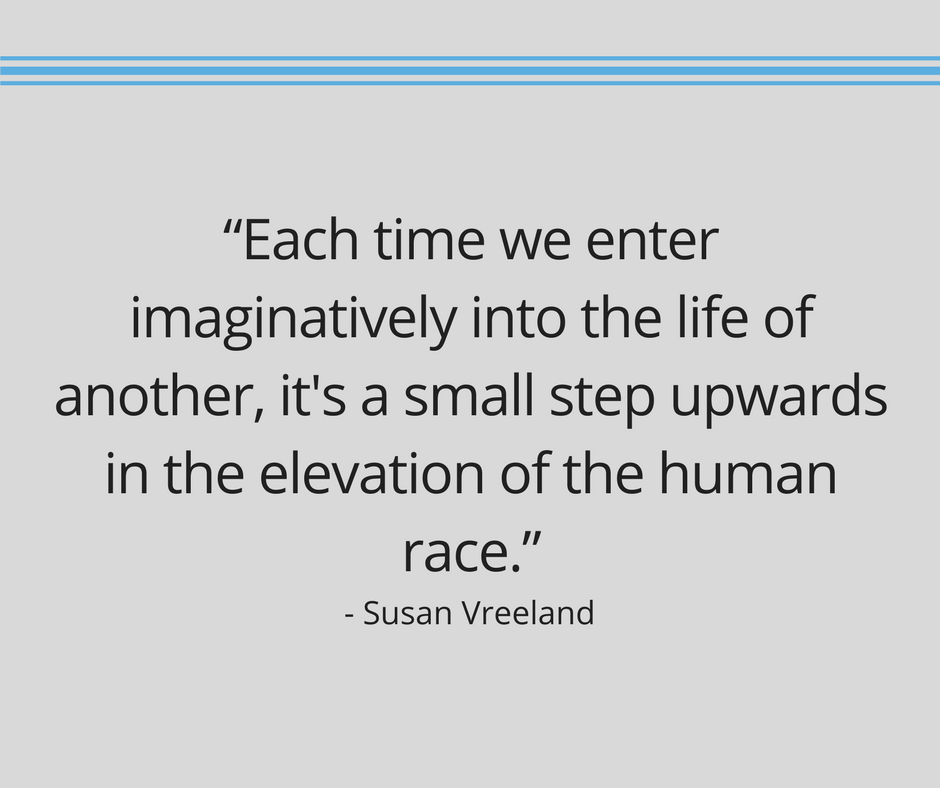 Today is Jan. 20, 2018. It’s the birthday of writers Susan Vreeland and Tami Hoag, as well as the poet Edward Hirsch. Our poem for today is “Trees Need Not Walk the Earth” by David Rosenthal. You’ll find the poem and a podcast of this blog post below. Thank you for reading, listening to, and sharing Bidwell Hollow. 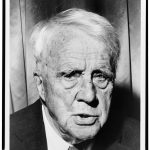 On this date in 1961, Robert Frost recited his poem, “The Greatest Gift,” at the inauguration of President John F. Kennedy.

Frost intended to recite a poem he’d written for the occasion, “Dedication.” But sun reflecting off the snow-covered ground made reading the poem too difficult. So Frost recited his “The Greatest Gift” from memory instead.

Frost was the first poet to deliver a poem at a Presidential inauguration. And thirty-two years passed before the second poet did so. That was Maya Angelou, who recited “On the Pulse of Morning” at President Bill Clinton’s inauguration in 1993.

Today is the birthday of Susan Vreeland (affiliate link). Born in 1946 in Racine, WI, Vreeland is the author of eight books. 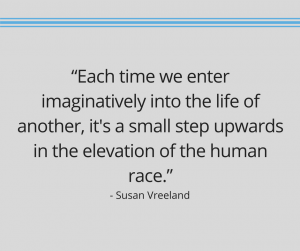 Vreeland made a name for herself by creating stories about art and artists.

Four of Vreeland’s novels were NY Times bestsellers, including “Girl in Hyacinth Blue.” A Hallmark Hall of Fame movie based on the book, titled “Brush With Fate,” came out in 2003 and starred Ellyn Burstyn and Glenn Close.

Vreeland was a high school English teacher for 30 years before embarking on something of a second career as a novelist. Along with teaching, journals such as The Missouri Review and Ploughshares published her short stories. And she wrote about 250 articles for magazines and newspapers on art and travel.

She wrote, “Each time we enter imaginatively into the life of another, it’s a small step upwards in the elevation of the human race.”

Hirsch grew up in Skokie, IL, where he began writing poetry in high school. He published his first collection, “For the Sleepwalkers,” in 1981. It received a National Book Critics Circle Award nomination.

The poet’s published nine books of poetry. His most recent is a 75-page poem about the death of his son in 2011.

The poem grew out of Hirsch’s grieving process following his son, Gabriel’s, death. Hirsch started by writing a dossier, cataloging his memories of, and life with, his son. “Slowly, I became stronger,” Hirsch said of the dossier. “I wasn’t healing, but I was stronger.”

After finishing the dossier, Hirsch wrote poems about Gabriel. But he felt the poems didn’t do Gabriel or his own feelings justice. That’s when Hirsch came to a conclusion.

“I decided that what I wrote wasn’t going to be just about Gabriel, it also had to be about losing Gabriel,” Hirsch said.

It was just some poor kid
Whose face looked like a room
That had been vacated.

Today is the birthday of suspense novelist Tami Hoag (affiliate link), born in 1956 in Cresco, IA. She grew up in a small town in southeast Minnesota and married her high school sweetheart.

Hoag started out as a romance writer, publishing 25 novels in that genre. She began adding suspense to her books and then decided to make the switch to writing thrillers.

She first broke The NY Times bestseller list in 1997 with “Night Sins.” Since then, every book Hoag published has made the list, a string of 13 consecutive novels. Forty-million copies of her books are in print.

When it comes to writing her stories, Hoag avoids making an outline. Instead, she said her approach is to, “pretty much turn the characters loose and let them run with it. And I just sort of fly by the seat of my pants. Because possibilities start opening up that I didn’t see.”

Along with writing, Hoag is a championship dressage rider. About being an equestrian, she said, “This is the one time of day my mind is not occupied by my fictional characters.”

“Meet the Beatles!” is Released

And on this date in 1964 Capitol Records released the album “Meet the Beatles!”. The now famous record wasn’t the first Beatles album released in the U.S., though. That honor goes to “Introducing…the Beatles,” released by Vee-Jay Records 10 days before “Meet the Beatles!” hit stores.

On Feb. 15, 1964, eight days after their appearance on “The Ed Sullivan Show,” “Meet the Beatles!” hit the top of the Billboard 200. It remained there for 11 straight weeks until “The Beatles’ Second Album” replaced it.

Trees Need Not Walk the Earth

Trees need not walk the earth

For beauty or for bread;

Beauty will come to them

Here among the children of the sap

Is no pride of ancestry:

A birch may wear no less the morning

Here are no heirlooms

Save those of loveliness,

In which each tree

Is kingly in its heritage of grace.

Here is but beauty’s wisdom

In which all trees are wise.

Trees need not walk the earth

For beauty or for bread;

Beauty will come to them

And bread will come to them