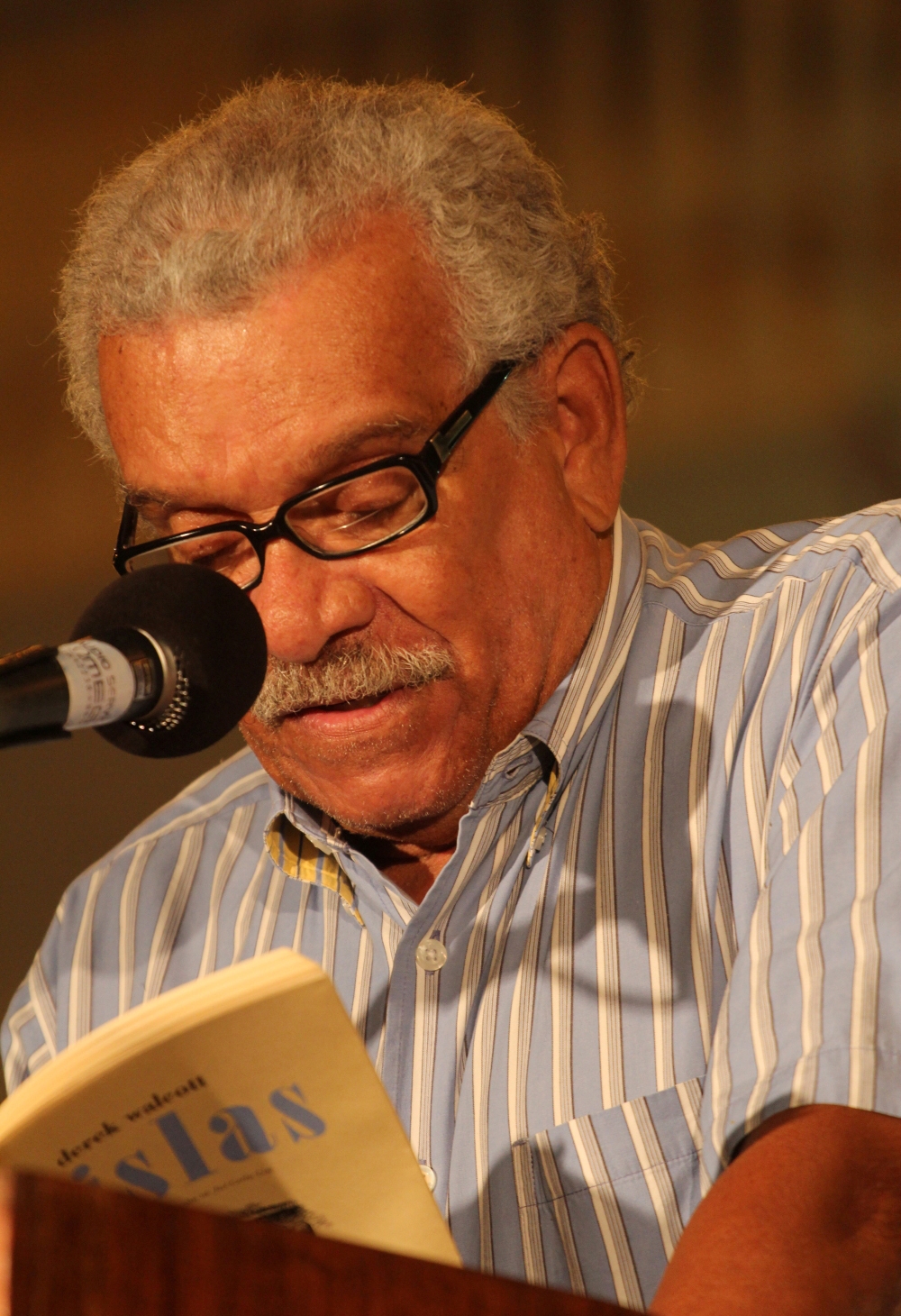 Today is Tuesday, Jan. 23, 2018. It’s the birthday of John Hancock, poet Derek Walcott, and painter Édouard Manet. Our poem today is Leonora Speyer’s “Swallows.” You’ll find the poem and this episode of our podcast below. Thank you for reading and listening to Bidwell Hollow.

Today is the birthday of poet Derek Walcott (Books by Walcott; affiliate link), born in 1930 in Castries, Saint Lucia.

Walcott published his first poem at 14 in a local newspaper “The Voice of St. Lucia.” At 18, his mother used what little disposable money she had to pay for publishing Walcott’s first poetry collection, “25 Poems.” 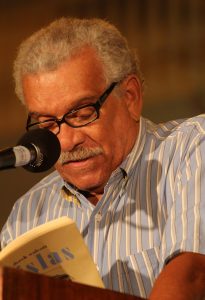 He published a couple more volumes of poetry before 1961. That year, an editor of The London Magazine was visiting the island of Trinidad, where Walcott was living. The editor, Alan Ross, came across some of Walcott’s poems.

The poet Robert Lowell read the book. So impressed was Lowell that he visited Walcott in Trinidad. Lowell then recommended that American publisher Farrar, Straus and Giroux release Walcott’s next poetry collection, “Selected Poems,” in 1964.

That volume thrust Walcott to the attention of an American audience.

Walcott received teaching positions at Harvard and then Boston University in the 1970s. His poetry reflected this change.

In 1981 he published “The Fortunate Traveller,” in which Walcott wrote about trying to find his place as an artist in Boston. No matter where he taught, though, when his duties finished for the year, Walcott returned to Saint Lucia.

Walcott continued teaching and producing poetry. Then he delivered what many consider to be his greatest achievement. He published in 1990, “Omeros,” a retelling of Homer’s “Iliad” and “Odyssey,” set in the Carribean.

Walcott published poetry throughout his life. His final collection was 2014’s “The Poetry of Derek Walcott 1948–2013.”

Walcott died last year. In his poem, “In the Village,” he wrote:

Who has removed the typewriter from my desk,
so that I am a musician without his piano
with emptiness ahead as clear and grotesque
as another spring? My veins bud, and I am so
full of poems, a wastebasket of black wire.

On this date in 1977, 29 million Americans watched the first episode of the miniseries “Roots.” When the finale aired eight nights later, 100 million viewers tuned in.

“Roots” aired on ABC. It tells the story of an African named Kunta Kinte who’s kidnapped and sold into slavery. The show spans from 1750 to Reconstruction America after the Civil War.

The miniseries is based on the book, “Roots: The Saga of an American Family,” published by Alex Haley in 1976. The book was a New York Times bestseller for 22 weeks. It sold more than six million copies and earned Haley a Pulitzer Prize and National Book Award.

Even with the book’s success, executives at ABC were nervous. They worried a majority-white TV audience wouldn’t watch a miniseries about slavery that featured a mostly black cast.

So ABC hired well-known white actors. They even created a role for Ed Asner, popular for his part in “The Mary Tyler Moore Show.” And the network decided to air all eight episodes of “Roots” on consecutive nights. That way they reduced their financial risk in case no one watched.

But people did watch. Fifty-one percent of American households tuned into the finale, seven percent more than watched the Super Bowl that year.

Born today in 1832 in Paris was Édouard Manet.

Manet struggled to get his art in Salons, which is how most in 19th century France discovered paintings. And critics often attacked the paintings Manet managed to get into Salons.

Narrative paintings were popular at the time, not the reflections of urban life that Manet favored.

Manet fought the critics most of his life, but today he’s accepted as one of the great painters of the 19th century. And he’s credited with helping start the Impressionism movement.

And it’s the birthday of the man whose name is synonymous with the word “signature.” That, of course, is John Hancock, born in Braintree, MA in 1737.

Although, at the time, Hancock was born on Jan. 12 because the British Empire followed the Julian calendar. In 1752, England and her colonies switched to the Gregorian calendar. Hancock’s birthday moved from Jan. 12 to Jan. 23.

Orphaned as a child, Hancock’s wealthy aunt and uncle raised him. When his uncle died, Hancock inherited his uncle’s fortune and shipping business.

This set Hancock up, but it also set him up for his first known run-in with the British authorities. The British seized one of Hancock’s ships, the HMS Liberty, in Boston in 1768. They accused Hancock of not paying the proper taxes on the ship’s cargo of Madeira wine.

The people of Boston liked Hancock, and they didn’t care much for the British. Protests broke out over the Liberty’s seizure.

Hancock, defended by John Adams, was cleared of the charges. But the matter was an early case of public unrest in the colonies that led to the Continental Congress adopting the Declaration of Independence in 1776.

The Congress’ president would be the first one to sign the Declaration. And so it was that the president, John Hancock, wrote his name in American history.

They dip their wings in the sunset,

They dash against the air

As if to break themselves upon its stillness:

In every movement, too swift to count,

Is a revelry of indecision,

A furtive delight in trees they do not desire

And in grasses that shall not know their weight.

They hover and lean toward the meadow

As if frightened at the earth’s nearness,

They seek the high austerity of evening sky

And swirl into its depth. 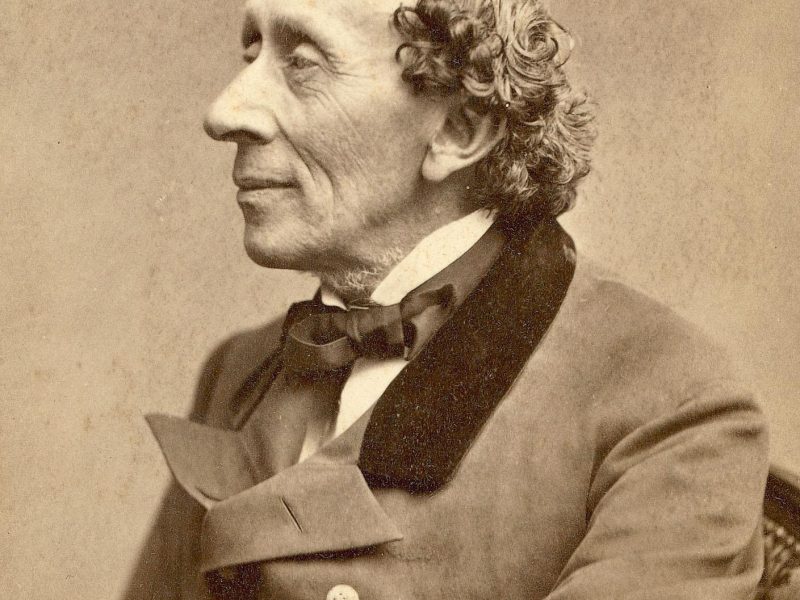