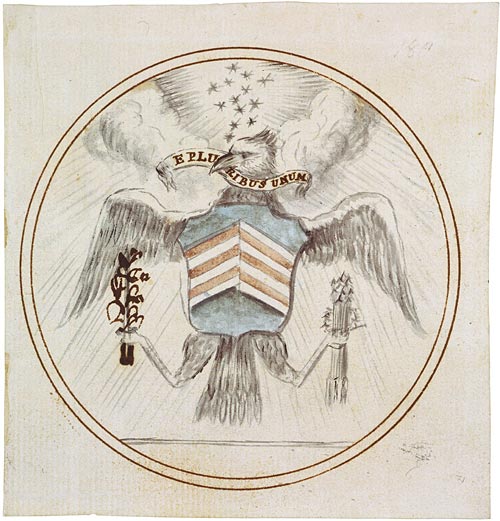 Today is Friday, Jan. 26, 2018. Born today were writers Jonathan Carroll and Mary Mapes Dodge. It’s also the birthday of songwriter Lucinda Williams. And on a programming note, we’re going to publish a single blog post and podcast episode this weekend. Saturday’s and Sunday’s post/podcast will publish Sunday morning. Thank you for reading and listening. If you enjoy Bidwell Hollow, please share it with others.

Today’s the birthday of Mary Mapes Dodge (affiliate link), born in New York City in 1831. She wrote children’s stories, including the novel “Hans Brinker, or The Silver Skate.” 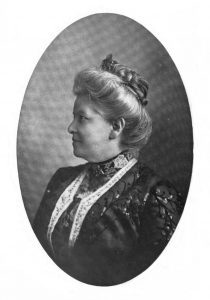 Set in 19th century Holland, “Hans Brinker” is the tale of a boy who sacrifices for others. Hans saves up money to buy ice skates for him and his sister, Gretel. But his father falls ill, and Hans tries to use his money to pay for the surgery.

His father’s doctor decides to do the surgery for free, and Hans is able to buy skates for himself and his sister. The siblings compete in an ice skating race, with Gretel winning the girls’ race. Her prize is a pair of silver skates.

“Hans Brinker” has been popular since it was first published in 1863. Hallmark produced a 1958 TV musical based on the novel. Disney released a made-for-TV movie version of the story. And in 1975, writer Norma B. Green turned a short story from “Hans Brinker” into a children’s book, “The Hole in the Dike.”

Dodge also served as the first editor for children’s magazine, St. Nicholas. The magazine published from 1873-1940. Writers like Louisa May Alcott, Rudyard Kipling, and Mark Twain, published in St. Nicholas.

In fact, books such as “A Little Princess” and “The Jungle Book” started as serial short stories in the magazine.

And the magazine held monthly contests for children to enter. Some of the winners included kids named E. B. White and Edna St. Vincent Millay.

In St. Nicholas’s first issue, Dodge highlighted the magazine’s purpose. She wrote, “Never to dim this light, young friends, by word or token, to make it even brighter, when we can, in good, pleasant, helpful ways, and to clear away clouds that sometimes shut it out, is our aim and prayer.”

Many of Carroll’s novels involve magic and talking animals. But he shuns the fantasy label.

“There are fantastical elements in my books too, but that is not what they are about, any more than Kafka’s ‘Metamorphosis’ is about a man who turns into a bug,” Carroll said.

And in The New York Times, writer Taylor Antrim described Carroll’s genre as “Anything Goes.”

Carroll lives in Vienna, Austria. He speaks German, but he’s also able to tune out when he hears it being spoken.

“Not that I’m thinking great thoughts, but that I spend more time alone, whether it’s on a bus or whatever,” Carroll said. “That has a profound effect on my work.”

It was today in 1784 that Benjamin Franklin put in a good word for the turkey. But it may not be for the reason you think. 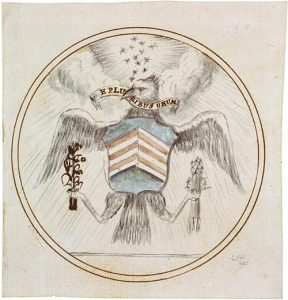 The original design of the U.S. seal.

There’s a myth that Franklin advocated for the turkey to be on the United States of America’s seal. Not so. At least, there’s no record of him doing so.

There is, however, a letter he wrote to his daughter, Sarah, about the seal for the Society of the Cincinnati. This fraternal organization of Revolutionary War veterans chose the eagle for their seal. A decision with which Franklin disagreed, and he told Sarah why in his letter.

The letter contains a paragraph that may be the culprit of the myth that Franklin wanted the turkey on the U.S. seal. The paragraph begins, “For my own part I wish the Bald Eagle had not been chosen the Representative of our Country.”

Franklin continued, “In Truth the Turkey is in Comparison a much more respectable Bird, and withal a true original Native of America.”

Franklin did serve on the first committee charged with designing the U.S. seal. But his idea was for a biblical scene, not a turkey. And two more seal committees followed the one on which Franklin served. Franklin wasn’t a member of either. The U.S. adopted its seal, featuring a bald eagle, in 1782.

And today is also the birthday of singer and songwriter Lucinda Williams (affiliate link). She was born in Port Charles, LA in 1953.

Rolling Stone lists Williams 79th on its 100 Greatest Songwriters of All Time. She’s written songs such as “Drunken Angel” and “Car Wheels On a Gravel Road.”

The latter song is the title of her 1998 Grammy-winning album. In total, Williams has 15 Grammy nominations. She’s won three.

About songwriting, Williams said, “My brain is always going, and I’m always jotting down things. I might be sitting at a bar or anywhere I might be and hear something somebody says or something will pop in my head, and I’ll jot it down on, a lot of times, on a cocktail napkin. I have a lot of cocktail napkins with lines on them.”

We had gone back and forth all night on the ferry.

It was bare and bright, and smelled like a stable—

But we looked into a fire, we leaned across a table,

We lay on a hill-top underneath the moon;

And the whistles kept blowing, and the dawn came soon.

We had gone back and forth all night on the ferry;

And you ate an apple, and I ate a pear,

From a dozen of each we had bought somewhere;

And the sky went wan, and the wind came cold,

And the sun rose dripping, a bucketful of gold.

We had gone back and forth all night on the ferry.

We hailed “Good morrow, mother!” to a shawl-covered head,

And bought a morning paper, which neither of us read;

And she wept, “God bless you!” for the apples and pears,

And we gave her all our money but our subway fares.