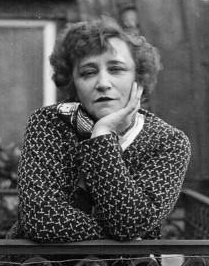 This weekend is Jan. 27 and Jan. 28, 2018. Birthdays this weekend include Lewis Carroll, Colette, Pierce Brown, Mozart, and James Grippando. Our poem for the weekend is Nathaniel Hawthorne’s “The Ocean.” Thank you for reading, listening to, and sharing Bidwell Hollow.

Jan. 27 is the birthday of Charles Lutwidge Dodgson. We know him today as Lewis Carroll (affiliate link), author of “Alice’s Adventures in Wonderland.” He was born in 1832 in Daresbury, England.

As the third-oldest child of 11 kids, Carroll grew up entertaining his younger siblings. He made up for them games and stories, some of which he published in family magazines. 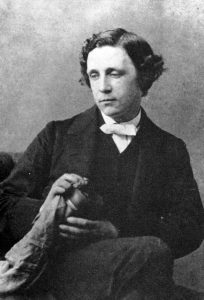 Dodgson was a gifted student, particularly in math. He enrolled in Christ Church at Oxford in 1850 and graduated from there with a bachelor of arts degree in 1854.

Oxford granted him a fellowship in 1855 and, in 1861, Dodgson was ordained as a deacon in the Church of England. At that time, fellows were not allowed to marry. Had Dodgson gone on to become a priest, he could have taken a wife. But he never became a priest and never married.

Dodgson did befriend the children of Christ Church’s dean, Henry Liddell. These children were Henry, Lorina, Edith, and Alice.

Along with telling them stories, Dodgson rowed the children on the Thames River for picnics. It was on such a picnic in July 1862 that Dodgson told the Liddell children a story. It was a story about one of the children, Alice, experiencing underground adventures.

Alice enjoyed the story so much, she asked Dodgson to write it down. He did, adding his own illustrations, as well as other stories he’d told the Liddell kids. He presented the manuscript to Alice in 1864 as “Alice’s Adventures Under Ground.”

On a visit to Christ Church, the novelist Henry Kingsley happened across the manuscript. He asked Alice to convince Dodgson to publish it as a book.

She did, and Dodgson agreed. He enlisted Punch magazine cartoonist John Tenniel to illustrate the book. And Dodgson published the book, “Alice’s Adventures in Wonderland,” under the pseudonym Lewis Carroll in 1865.

Several movies, TV shows and literary works have been based on “Alice’s Adventures.” And in 2014, The Guardian ranked the book as the 18th-best novel written in English.

And born Jan. 27, 1957 in Waukegan, IL was James Grippando (affiliate link). He’s the writer of thriller novels such as “A Death in Live Oak” and “Blood Money.”

Many of Grippando’s novels rely on his legal expertise, of which he has plenty. Grippando was a partner at a Miami law firm before publishing his first book.

That book, “The Pardon,” was the culmination of a four-year journey that began Labor Day weekend in 1988. That’s when Grippando decided to write a novel. He worked at the firm during the day, writing on nights and weekends.

The manuscript came to more than 250,000 words. It was good enough to secure Grippando a literary agent, but the agent found no publisher willing to turn the manuscript into a book.

Grippando’s agent asked the writer to write a second novel. The result was “The Pardon,” which published in 1994. He’s now published 26 books and made The New York Times bestseller list. His 2016 novel, “Gone Again,” won the 2017 Harper Lee Prize for Legal Fiction.

Jan. 27 is also the birthday of Wolfgang Amadeus Mozart (affiliate link). He’s considered by many to be one of the greatest composers of all time.

Mozart was a genius from the beginning. He began composing music at five. And he composed eight operas by the time he turned 16.

In his life, Mozart composed over 600 works, including more than 50 symphonies. Some of his most famous operas include “Don Giovanni” and “The Marriage of Figaro.”

At 20, Colette married Henri Gauthier-Villars. He asked her to write some stories about her childhood and discovered Colette’s writing ability. So he made her write more stories, often locking her in her room to keep her on task.

Willy kept the royalties the books earned for himself. Colette left him in 1906 and divorced him in 1910.

She worked in a dance hall for a few years to support herself, before returning to writing. She published “The Vagabond” in 1910 and “Music-Hall Sidelights” in 1913.

Colette went on to publish about 50 novellas and many short stories. Her work often featured female leading characters in search of love. And Colette often infused her stories with her dancehall background.

In the U.S., Colette may be most known for her 1944 novella, “Gigi.” It’s the story of a girl being raised to be a courtesan.

Anita Loons turned the book into a Broadway play in 1951. It starred an unknown actress named Audrey Hepburn. And a film version of “Gigi” received the 1959 Academy Award for Best Picture.

In 1954, Colette was made a grand officer in the French Legion of Honor.

And Jan. 28 is the birthday of Pierce Brown (affiliate link). He’s the bestselling author of the “Red Rising” saga. It’s the story of a slave revolt that starts on Mars and catapults into other parts of space.

Brown was born in Denver in 1988. He read a lot as a kid, listing “Star Wars,” the Harry Potter books, and “Count of Monte Cristo” as some of his favorite books.

Brown began writing “Red Rising” the day after climbing a mountain in Washington state. Up to that point, he’d written six novels. All were rejected and never published. And if “Red Rising” had been rejected, Brown said, “I was about to change careers.”

But “Red Rising” wasn’t rejected. Del Rey Books published it in 2014. Three books have followed since “Red Rising,” most recently “Iron Gold.” It came out earlier this month.

When asked to give advice to writers, Brown said, “Rush through your first draft. Don’t tinker too much on it because the point is to see the end so you know how to make it better.”

The Ocean has its silent caves,

Though there be fury on the waves,

Beneath them there is none.

The awful spirits of the deep

Hold their communion there;

And there are those for whom we weep,

The young, the bright, the fair.

Beneath their own blue sea.

The ocean solitudes are blest,

For there is purity.

Unquiet are its graves;

But peaceful sleep is ever there,

Beneath the dark blue waves. 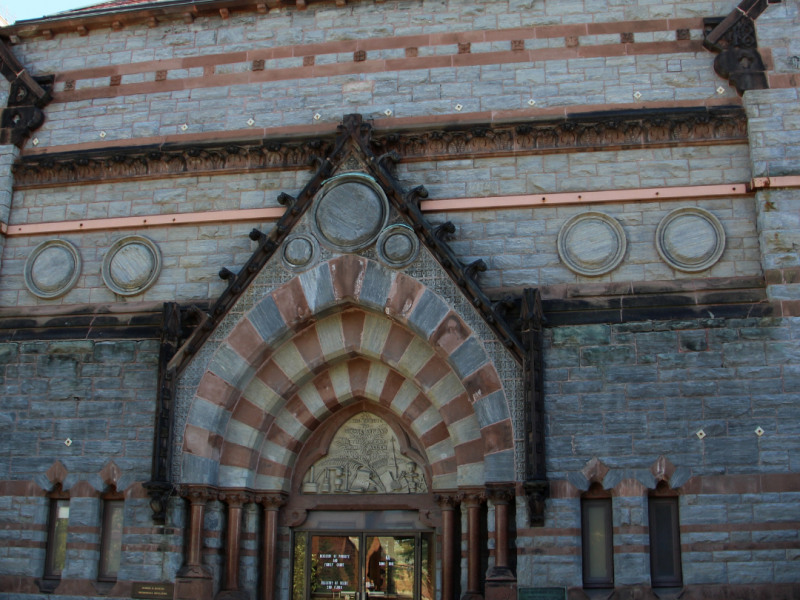 The True Story of Two Legendary Authors Meeting on a Hike