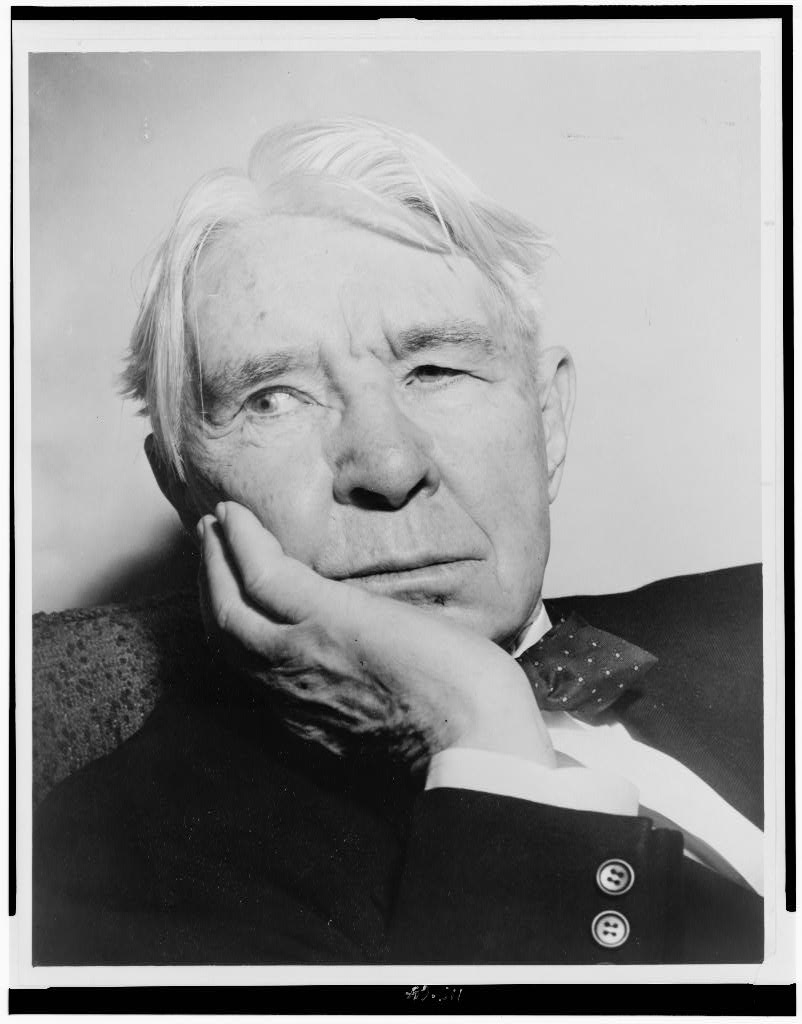 Writers’ and poets’ whose birthdays are today, Jan. 6, include Carl Sandburg, Elizabeth Strout, and E. L. Doctorow. It’s from Sandburg that we have today’s poem, “Shirt,” which you’ll find below. Thank you for reading.

Today in a three-room cottage in Galesburg, IL, was born a boy who would become a beloved American poet. 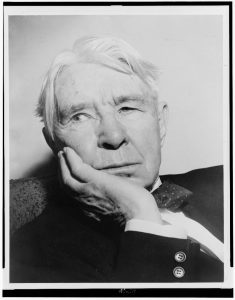 Carl Sandburg, Photo courtesy of the Library of Congress.

Carl August Sandburg was born today in 1878. He was the child of August and Clara, who had immigrated from Sweden.

The family was poor. Sandburg quit school at 13 to work to help support the family. At 17 he hoboed his way to Kansas in search of work. And he volunteered for the Illinois Infantry when the Spanish-American War broke out.

Sandburg went to Puerto Rico. While there he met a fellow serviceman who was a student at Lombard College, located in Galesburg. The student encouraged Sandburg to consider college.

After eight months in Puerto Rico, Sandburg enrolled at Lombard. He was able to do so despite not having graduated high school because of his military service.

Sandburg spent four years at Lombard, though he never graduated.

After college, he moved to Milwaukee and worked as a newspaper reporter. He relocated to Chicago in 1912. There he published “Chicago Poems” in 1916 and “Cornhusker” in 1918. He received a shared Pulitzer in Poetry for “Cornhusker” in 1919.

Sandburg meant for “The Prairie Years” to be the only Lincoln biography he published. Instead, he came out with “Abraham Lincoln: The War Years” in 1939. He received for “The War Years” the Pulitzer Prize in 1940.

Throughout his life, many considered Sandburg a poet for the common man. President Lyndon B. Johnson awarded him the Presidential Medal of Freedom in 1964.

Sandburg said, “Time is the coin of your life. You spend it. Do not allow others to spend it for you.”

Brennan was 17 when her father, Robert, became Secretary of the Irish Legation to Washington, D.C. She moved to DC with her family. At 23 her parents returned to Ireland, but Brennan stayed behind.

When she moved to New York City in 1941, Brennan began writing copy for “Harper’s Bazaar.” This put her in contact with others in New York Media, and in 1949 “The New Yorker” hired her to cover women’s fashion.

Today’s the birthday of E. L. Doctorow, author of such historical fiction novels as “Ragtime,” “The Book of Daniel,” and “Billy Bathgate.”

Doctorow was born in the Bronx in 1931, the grandson of Jewish immigrants from Russia. His namesake was one of his father’s favorite writers, Edgar Allan Poe.

“Actually, he liked a lot of bad writers, but Poe was our greatest bad writer, so I take some consolation from that,” Doctorow said.

Born today in 1956 in Portland, ME, is Pulitzer Prize-winning author Elizabeth Strout. Among her books are “My Name is Lucy Barton” and “Olive Kitteridge.”

Strout usually writes in the morning. “My writing day starts as soon as he leaves the apartment, which is usually right after breakfast,” she said.

And she writes by hand. She only transfers her work to the computer once her edits make it difficult for her to read her writing.

At 16 Strout, who always wanted to be a writer, began sending stories she’d written to magazines. But it would be 10 years before her first story published. And it wasn’t until 1998 that she published her first novel, “Amy and Isabelle.”

On writing that first novel she said, “I thought, ‘Probably no one will ever read this – oh well, just write it.’”

And today is the birthday of Lebanese-born writer Kahlil Gibran. He’s the author of 13 books, including “The Prophet.” 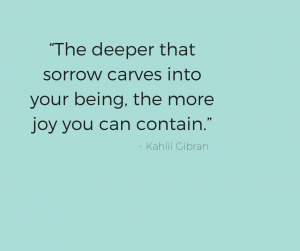 Gibran was born Jubran Khalil Jubran in 1883 in Bsharrī, Lebanon in what was then Ottoman Syria. His mother left his father in 1895 and brought the family to the United States.

They settled in Boston’s South End, where Gibran went to school for the first time. At school his name became Gibran.

In 1907 Gibran met a woman named Mary Haskell. Haskell was a headmistress at a Boston all-girls school. She became enamored with Gibran and began supporting him financially. She paid for him to study art in Paris in 1908. And she paid his rent when he moved to New York City in 1912.

Haskell also helped Gibran make the transition from writing in Arabic to writing in English. She reviewed and edited his work.

Gibran published in 1923 his book, “The Prophet.” The book contains 26 prose poems about love, joy, sorrow, marriage, children, and more. “The Prophet” sold out its first printing within one month. And the book’s never gone out of print. It’s estimated to have sold over 100 million copies.

In “The Prophet” Gibran wrote, “The deeper that sorrow carves into your being, the more joy you can contain.”

I remember once I ran after you and tagged the fluttering

shirt of you in the wind.

Once many days ago I drank a glassful of something and

the picture of you shivered and slid on top of the stuff.

One night when I sat with chums telling stories at a

bonfire flickering red embers, in a language its own

talking to a spread of white stars:

It was you that slunk laughing

in the clumsy staggering shadows.

Broken answers of remembrance let me know you are

alive with a peering phantom face behind a doorway

somewhere in the city’s push and fury.

Or under a pack of moss and leaves waiting in silence

under a twist of oaken arms ready as ever to run

away again when I tag the fluttering shirt of you. 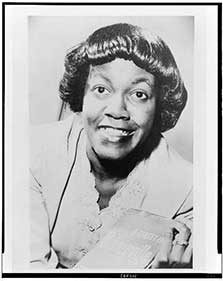