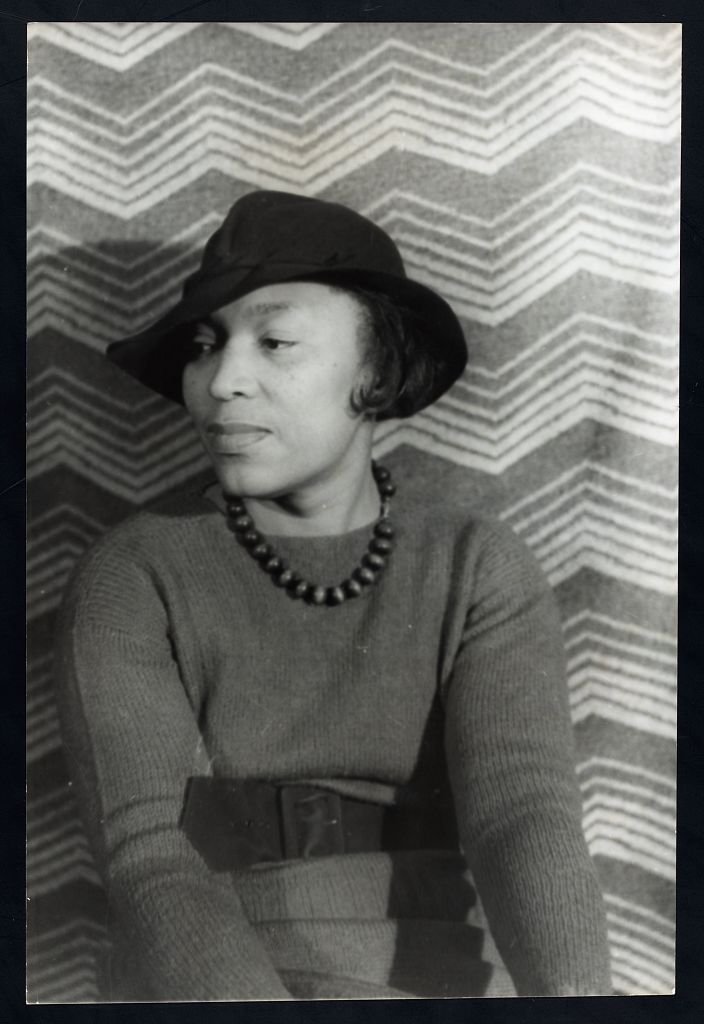 Writers’ and poets’ birthdays for today, Jan. 7, include Zora Neale Hurston, Sofi Oksanen, and Louise Imogen Guiney. Guiney’s “Borderland” is our poem for today, which you’ll find below. Thanks for reading, and, if you enjoy Bidwell Hollow, please share us with others.

Born today in 1891 in Notasulga, AL, was Zora Neale Hurston, the child of former slaves. 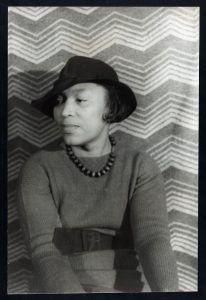 The family relocated to Eatonville, FL when Hurston was a toddler. When her mother died when she was 13, Hurston’s father remarried.

He seemed to lose interest in his daughter, so Hurston started working odd jobs. Then she joined a traveling circus and left Eatonville.

In Baltimore in 1917, Hurston lied about her birth year so she could attend public school. She graduated high school in 1918 when she was 27.

And in 1925 Hurston made the fateful move to New York City. She began studying anthropology at Barnard College, and joined the Harlem Renaissance. She became friends with Countee Cullen and Langston Hughes.

Hurston collaborated with Hughes on a play, “The Mule Bone: A Comedy of Negro Life In Three Acts.” Before the play was staged, though, the two had a falling out.

After graduating from Barnard, Hurston spent time in Florida gathering African-American folktales. She released a collection of these tales, “Mules and Men,” in 1935. The book earned her $943.75 in royalties. This was the most Hurston ever earned for her writing.

It was as the Harlem Renaissance wound down that Hurston began publishing books. Her first novel was 1934’s “Jonah’s Gourd Vine.” Her second novel, “Their Eyes Were Watching God,” came out in 1937. Other Harlem Renaissance writers attacked the book for its portrayal of African-Americans.

Hurston published a few more books, including a 1942 autobiography, “Dust Tracks on a Road.” Then she moved to Fort Pierce, FL, where she died in 1960. She had no money, and her neighbors had to take up a collection to pay for her funeral. Her grave was left unmarked.

But in 1973 a young writer named Alice Walker found the unmarked grave. Walker had a tombstone placed on the grave with the inscription, “Zora Neale Hurston, A Genius of the South. Novelist, folklorist, anthropologist.”

It was a 1975 essay in “Ms.” magazine by Walker that triggered the rediscovery of Hurston’s work. In the essay, Walker encouraged others to give Hurston’s writing a second look.

Today “Their Eyes Were Watching God” is required reading for many U.S. schoolchildren. An unpublished manuscript of folktales by Hurston was discovered and published in 2001 (“Every Tongue Got to Confess”). And in 1991 “The Mule Bone,” the play Hurston wrote with Langston Hughes, was finally produced.

Hurston wrote in 1928, “I do not weep at the world—I am too busy sharpening my oyster knife.”

And today is the birthday of poet and librettist Chester Kallman.

Kallman was 18 when he met W. H. Auden, who was 32. The two began a relationship. Auden treated it as a marriage, even wearing a wedding ring. But the relationship ended because Auden wanted monogamy and Kallman did not.

Auden was so distraught over the end of their relationship that he plotted to kill Kallman’s lover. Auden wrote to Kallman, “On account of you, I have been, in intention, and almost in act, a murderer.” Kallman and Auden never resumed a romantic relationship, but they remained close friends. They spent most of their lives living together.

The pair worked together on several projects. This includes the libretto for “The Magic Flute,” which NBC Television broadcast in 1956.

Kallman produced librettos, some translations, poems, and poetry collections. In his 1961 poem “Like as Not,” published in “Poetry” magazine, he wrote:

“Why if anything I’m a lover.
Of what’s frankly imperfect: I know
Myself in my echo.”

It’s also the birthday of Finnish-Estonian novelist Sofi Oksanen. She’s the author of books such as 2008’s “Purge.” That book has been translated into more than 40 languages and sold over 1 million copies. Oksanen is one of Finland’s highest-selling authors.

Oksanen’s mother was Estonian and her father from Finland, where Oksanen grew up. As a child, she would travel to visit her grandparents in Estonia. This background helped shape her debut novel, “Stalin’s Cows” (2003). The book is about a grandmother, mother, and daughter in communist Estonia and capitalist Finland.

Much of Oksanen’s work deals with the impact of Russia on the Baltic States. She’s a critic of Russia, and has called herself a “post-colonial author.”

“We know about British colonialism. Russian colonialism is not so well known. I think we should call it what it was – and is,” Oksanen said.

And born today in 1861 in what is now Boston, MA, was poet Louis Imogen Guiney.

Her father was an Irish-Catholic immigrant to the U.S. and a general for the Union Army during the Civil War. Guiney’s poetry often touched on faith and righteousness, reflecting her father’s religion. Guiney’s poetry followed an Old English style.

Between 1884 and 1899, Guiney published 13 books of poetry, essays, and a biography of Robert Louis Stevenson.

In 1901 she moved to England. There she produced some poems and essays before failing health forced her to work less and less. Guiney died in Gloucestershire, England, in 1920.

Through all the evening,
All the virginal long evening,
Down the blossomed aisle of April it is dread to walk alone;
For there the intangible is nigh, the lost is ever-during;
And who would suffer again beneath a too divine alluring,
Keen as the ancient drift of sleep on dying faces blown?

Yet in the valley,
At a turn of the orchard alley,
When a wild aroma touched me in the moist and moveless air,
Like breath indeed from out Thee, or as airy vesture round
Thee,
Then was it I went faintly, for fear I had nearly found Thee,
O Hidden, O Perfect, O Desired! O first and final Fair!