Today is Friday, March 2, 2018. It’s the birthday of Theodor Seuss Geisel or Dr. Seuss. Other literary birthdays today include writers John Irving and Sholem Aleichem. And today in 1965, “The Sound of Music” premiered in New York City. Today’s poem is “London Snow,” by Robert Bridges. The weekend is nigh. Let’s have a fabulous Friday.

Born today in Springfield, MA in 1902 was Theodor Seuss Geisel (affiliate link). You know him by his pen name, Dr. Seuss.

Geisel’s literary career began at Dartmouth College. There he served as editor of the school’s humor magazine. But one night Geisel and his friends were caught drinking alcohol in his dorm room. 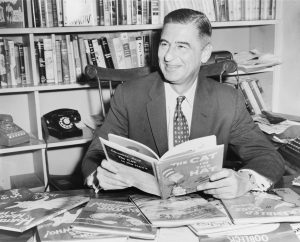 It was Prohibition, so consuming alcohol was a Federal crime. The school fired Geisel from the magazine. He continued to write for the periodical, though, under the pseudonym Seuss.

Seuss graduated from Dartmouth, then went to Oxford University in England. He dropped out in 1927, and wrote his first children’s book, “And to Think That I Saw It on Mulberry Street.”

Twenty-seven publishers rejected the book. It finally published, in 1937, as the first book by Dr. Seuss.

By 1954, Geisel was a successful children’s author. That year, Life magazine published an article critical of American children’s reading levels. So publisher Houghton Mifflin came to Geisel with a request. Could he write a children’s primer comprised of 220 words that the publisher deemed essential to literacy?

Along with the Cat, Geisel created the enduring character The Grinch. And he wrote memorable phrases, such as, “I do not like green eggs and ham. I do not like them, Sam-I-Am.”

Geisel received many awards and honors, including a 1984 Pulitzer Prize.

It’s the birthday of writer John Irving (affiliate link), born in 1942 in Exeter, NH. He was born John Wallace Blunt, Jr. His mom changed his surname to Irving after divorcing his father and remarrying.

Irving’s first book, “Setting Free the Bears,” published in 1968. He was 26 and a student at the University of Iowa Writers’ Workshop. The book’s manuscript served as his Master’s thesis.

Two novels followed “Setting Free the Bears” before Irving published “The World According to Garp” in 1978. It’s the story of a single-mother feminist writer named Jenny Fields and her fatherless son, T. S. Garp.

“The World According to Garp” became an international bestseller. It won the 1980 National Book Award for paperback fiction. A 1982 movie based on the book starred Glenn Close and Robin Williams.

To date, Irving’s published 13 novels, including “A Prayer for Owen Meany” and “The Cider House Rules.” He wrote the screenplay for the film version of the latter book, for which he received an Oscar in 2000.

“The Sound of Music” Premiers

Today in 1965, “The Sound of Music” (affiliate link) premiered at the Rivoli Theatre in New York City.

The movie features Julie Andrews and Christopher Plummer. And it’s based on two sources: Maria Von Trapp’s 1949 book, “The Story of the Trapp Family Singers,” and the musical, “The Sound of Music.”

Richard Rodgers composed the musical with lyrics by Oscar Hammerstein. The production’s original title was “Love Song.” But lawyers for Rodgers and Hammerstein found copyrighted musicals under that name. So “Love Song” became “The Sound of Music.”

Currently, “The Sound of Music” is the third-highest grossing film of all time.

And today is the birthday of Sholem Aleichem (affiliate link), born as Sholem Rabinovitz in Ukraine in 1859. His pen name is Hebrew for, “peace be upon you.”

Aleichem’s stories about Tevye the Dairyman serve as the basis for the musical “Fiddler on the Roof.”

Aleichem published more than 40 novels, plays, and stories between 1883 and 1916. He wrote in Yiddish, but some of his work is available as English translations.

A documentary about Aleichem, voiced by actress Rachel Dratch, released in 2011. It’s titled “Laughing in the Darkness.”

When men were all asleep the snow came flying,

In large white flakes falling on the city brown,

Hushing the latest traffic of the drowsy town;

Lazily and incessantly floating down and down:

Into angles and crevices softly drifting and sailing.

All night it fell, and when full inches seven

It lay in the depth of its uncompacted lightness,

The clouds blew off from a high and frosty heaven;

And all woke earlier for the unaccustomed brightness

Of the winter dawning, the strange unheavenly glare:

The eye marvelled—marvelled at the dazzling whiteness;

The ear hearkened to the stillness of the solemn air;

No sound of wheel rumbling nor of foot falling,

And the busy morning cries came thin and spare.

Then boys I heard, as they went to school, calling,

They gathered up the crystal manna to freeze

Their tongues with tasting, their hands with snowballing;

Or rioted in a drift, plunging up to the knees;

Or peering up from under the white-mossed wonder,

With lessened load a few carts creak and blunder,

Following along the white deserted way,

When now already the sun, in pale display

Standing by Paul’s high dome, spread forth below

His sparkling beams, and awoke the stir of the day.

For now doors open, and war is waged with the snow;

And trains of sombre men, past tale of number,

Tread long brown paths, as toward their toil they go:

But even for them awhile no cares encumber

Their minds diverted; the daily word is unspoken,

The daily thoughts of labor and sorrow slumber

At the sight of the beauty that greets them, for the charm they have broken. 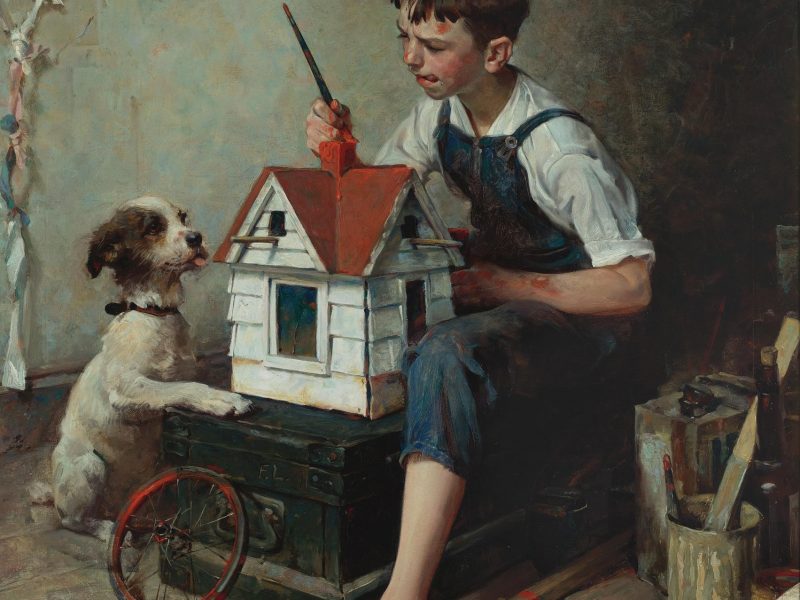 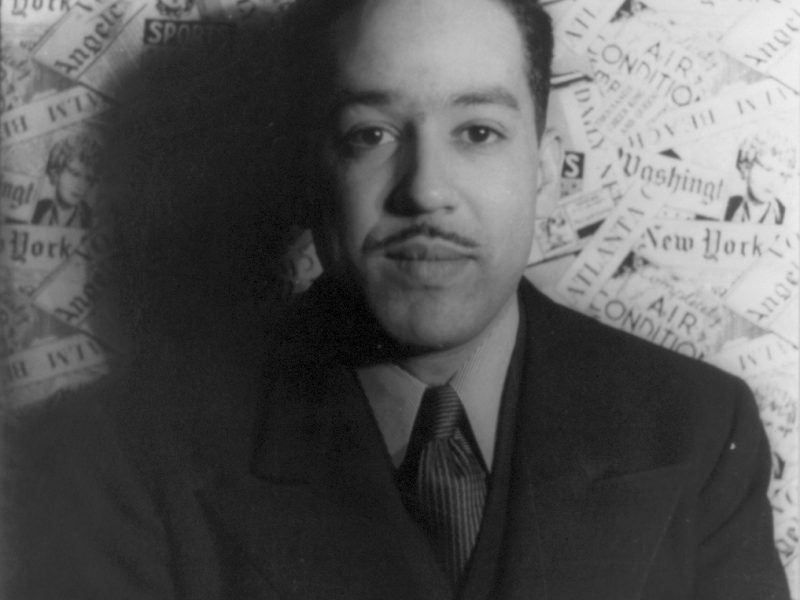