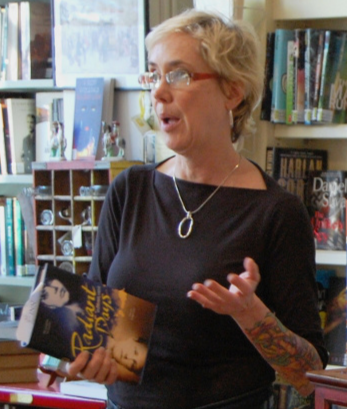 Today is Thursday, March 29, 2018. It’s the birthday of writers Elizabeth Hand, Judith Guest, and Alec Wilkinson. And “The King and I” made its Broadway debut today in 1951. Our poem for today is by Wallace Stevens. It’s titled, “Fabliau of Florida.” We’re now available on Alexa. Visit this link or just say, “Alexa, what’s my Flash Briefing?”

Elizabeth Hand (affiliate link) grew up a tomboy. She came of age listening to punk and glam rock, a genre of music featuring artists in gender-bending costumes. 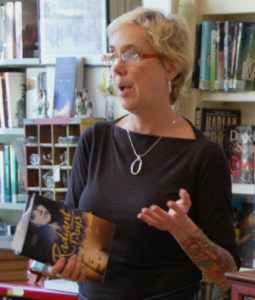 So it may be no surprise that many of Hand’s novels feature characters that push the norms of gender and sexuality. Women demand human sacrifices and female cults commit murder. There’s a female protagonist who used to be a rock and roll photographer.

And writers such as Ursula LeGuin and Angela Carter influenced Hand. Those novelists created works many consider to be feminist. But to Hand, books featuring non-normative female characters didn’t seem controversial.

“They just made sense,” Hand said. “They seemed like blueprints for the way the world should be.”

Hand was born today in San Diego in 1957. She spent her formative years in the New York City suburbs of Yonkers and Pound Ridge. She’s the author of many books, most of which fall into the genres of science fiction, fantasy, and horror.

Hand’s debut novel was 1990’s “Winterlong.” It’s about a future Earth ravaged by wars and natural disasters. Her most recent book, “Hard Light,” published in 2016.

“The King and I” Opens on Broadway

Tonight in 1951 “The King and I” opened at the St. James Theatre in New York City. The musical was the fifth by Richard Rodgers and Oscar Hammerstein II. 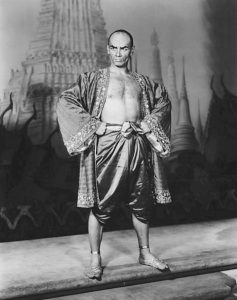 “The King and I” told the story of a British schoolteacher hired by a king to help modernize his country. Yul Brynner and Gertrude Lawrence starred.

Brynner and Lawrence both won Tony Awards for their performances in the musical. In all, “The King and I” won five Tonys in 1952, including Best Musical.

The original Broadway production of “The King and I” ran for 1,246 performances. Revivals opened on Broadway in nearly every decade since the 1950s.

And a movie version of “The King and I” released in 1956, starring Brynner and Deborah Kerr. The film received nine Oscar nominations, winning five, including Best Actor for Brynner.

When Judith Guest (affiliate link) submitted her first novel’s manuscript, she sent the whole thing to Viking Press. The publishing industry considers it a no-no to deliver an entire book unsolicited.

But the editors at Viking Press loved Guest’s manuscript. And so “Ordinary People” published in 1976.

The book is about a suburban Illinois family dealing with the loss of one son and the attempted suicide of another. “Ordinary People” became a Book of the Month Club selection.

Redbook magazine serialized the novel. And the paperback rights for “Ordinary People” sold for $635,000, about $2.7 million today.

The movie won four Oscars, including Best Picture and Best Director for Redford.

Guest was born today in Detroit, MI, in 1936. Her other books include “Second Heaven” and “Errands.” Her most recent book, “The Tarnished Eye,” published in 2004.

It’s the birthday of The New Yorker writer Alec Wilkinson (affiliate link). He was born today in 1952.

Wilkinson has written for The New Yorker since 1980. He’s contributed to the magazine’s “Talk of the Town” section. And he’s written longer profile pieces.

Wilkinson’s turned some of those articles into books, such as “The Happiest Man in the World.” It’s about Poppa Neutrino, the only person to float across the North Atlantic on a raft made of garbage.

Some of Wilkinson’s other books include, “The Ice Balloon” and “My Mentor.” The latter is about his decades-long relationship with former New Yorker editor William Maxwell. Along with Wilkinson, Maxwell worked with writers such as John Updike and J. D. Salinger.

Wilkinson received a Guggenheim Fellowship in 1987 and a Robert F. Kennedy Book Award in 1990.

On the palmy beach,

Foam and cloud are one.

There will never be an end

To this droning of the surf.