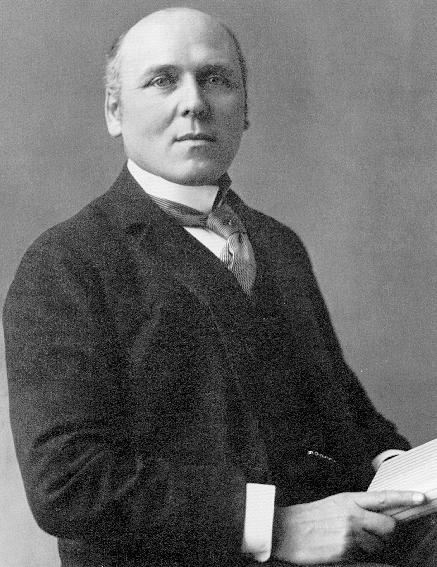 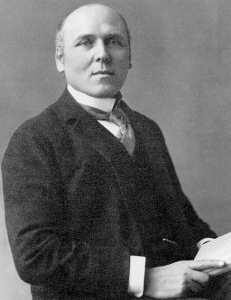 The novel published in 1883, based on Medieval ballads about Robin Hood. Pyle revised the stories told in the songs, though, to make them more palatable to American children.

And Pyle’s drawings of Robin Hood, with green tights and a quiver of arrows strapped to his back, created an image of Hood that persists today.

Pyle’s books brought to life scenes and characters that enthralled children. His other novels include “The Story of King Arthur and His Knights,” “The Wonder Clock,” and “Stolen Treasure.”

Pyle died of a kidney infection in 1911. Ten years later, a collection of his unpublished pirate stories and drawings released.

The book set the bar for envisioning how pirates dressed. From Blackbeard to Jack Sparrow, Pyle continues to have a hand in how pirates appear in popular culture.

It’s the birthday of poet Katarina Frostenson. She was born near Stockholm, Sweden, in 1953.

Frostenson released her debut collection, “I mellan” in 1978. She’s published 27 volumes since then, including her most recent book, 2015’s “Sånger och formler.”

In 1992, Frostenson became the fifth woman elected to the Swedish Academy. And she’s received many other awards and honors, such as the Bellman Prize in 1994 and the Nordic Council’s Literature Prize in 2016 for “Sånger och formler.”

Today is the birthday of Frank Norris (affiliate link), born in Chicago in 1870. He was one of the first noted naturalist writers in the U.S., and remains a controversial literary figure, due to racist and antisemitic themes in his work.

After graduating from the University of California, Berkeley, Norris worked as a news correspondent in South Africa for a year. He served as an editorial assistant for the San Francisco Wave and covered the Spanish-American War for McClure’s Magazine. 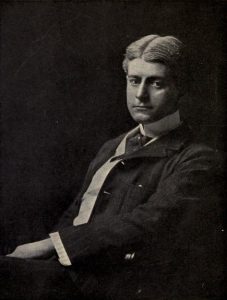 The following year, 1899, Norris published his first novel that received significant attention. The book, “McTeague,” tells the story of a San Francisco dentist who kills his wife and then meets his demise while fleeing through Death Valley.

Norris also planned to publish a trilogy about wheat.

The trilogy’s first novel, “The Octopus,” published in 1901. It focused on the struggle of California wheat growers against a monopolistic railway company.

“The Pit,” the trilogy’s second book, dealt with wheat trading at the Chicago Board of Trade. “The Pit” published in 1903, a year after Norris died from complications of an appendectomy.

Norris didn’t finish the trilogy’s final novel, “The Wolf.” That book would have covered wheat arriving at a famine-stricken European village.

Norris’ work reflected socialist progressivism popular among writers at the start of the Twentieth century. He wrote about man’s struggle against nature, as well as the wealthy and monopolistic corporations.

Today, though, racism and antisemitism in Norris’ writing taint his legacy. One example is a character in “McTeague,” named Zerkow, who Norris identifies as a Jew from Poland.

But Zerkow’s cultural identity is irrelevant to the story. There is nothing from Zerkow’s background or heritage that factors into the book.

“Even his (Zerkow’s) speech is not the weakly, deformed English of the transplanted foreigner,” Joseph Lebowich wrote in the January 1904 issue of The Menorah magazine.

It appears that Zerkow’s Judaism is only included to suggest that the character is greedy.

Today at Westminster College in Fulton, MO, in 1946, Winston Churchill (affiliate link) made his “Iron Curtain” speech. The speech denounced the Soviet Union’s partition of Europe after World War II. 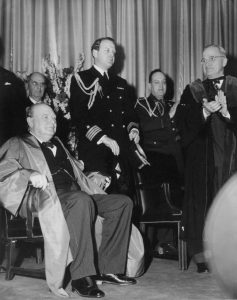 The year before, Churchill lost his position as Prime Minister of the United Kingdom. Thus Churchill was without a job when he received a letter from Westminster College President F. L. McCluer.

McCluer invited Churchill to speak about international affairs at the school.

Churchill hadn’t met McCluer. But the letter contained a handwritten postscript from U.S. President Harry Truman that read, “This is a wonderful school in my home state. Hope you can do it. I’ll introduce you. Best regards, Harry Truman.”

Churchill didn’t know Truman well, either, having met him just once, at the Potsdam Conference near the end of World War II. But this was an opportunity for Churchill to deliver a speech in another country. And the President of the United States would introduce him. The former prime minister agreed.

And so it was that Churchill and Truman took the train from Washington, DC, to a small town in the American heartland.

There, Churchill said, “From Stettin in the Baltic to Trieste in the Adriatic, an ‘iron curtain’ has descended across the continent. Behind that line lie all the capitals of the ancient states of Central and Eastern Europe.”

The speech set the tone for how the U.S. and its allies viewed the Soviet Union. And the phrase, “Iron Curtain,” became a part of the Cold War lexicon.

in a dress. A long

watch on a flat-boned wrist.

With a hiss of braids

coiled atop her head,

to her chest, she arrives.

As whole as a woman can be.

Here she is permitted

of her husband’s hand.

there is no need

why, then, would she

– “Dawson, NM. 1905” from blud. Copyright 2017 by Rachel McKibbens. Used with permission of the author and Copper Canyon Press. www.coppercanyonpress.org