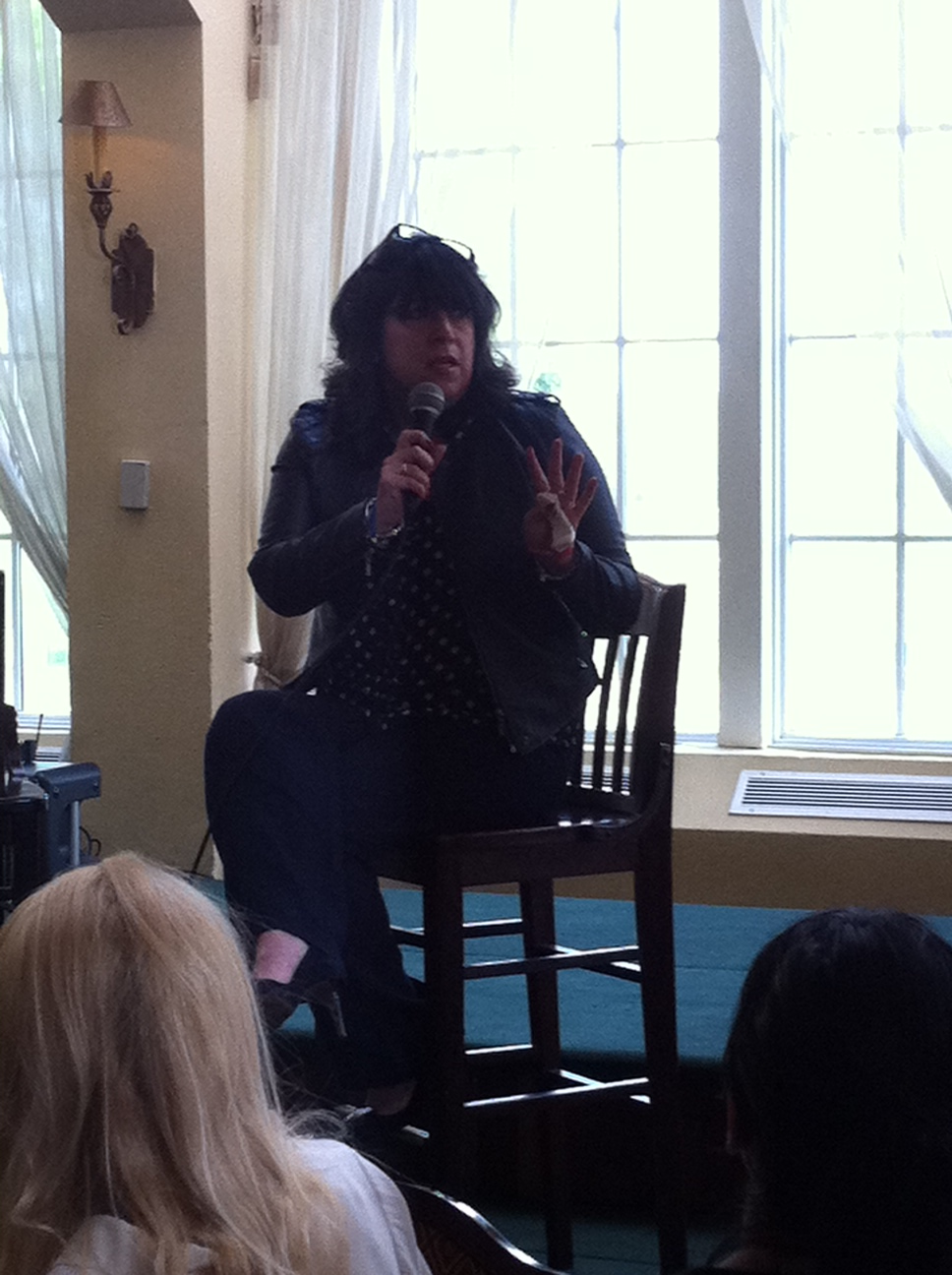 Today is Wednesday, March 7, 2018. It’s the birthday of writers E. L. James, Rick Bass, and Robert Harris. And it’s the birthday of singer/songwriter Townes Van Zandt. Our poem for today is “I Found Her Out There” by Thomas Hardy. Hope your week is off to a good start. Thank you for supporting Bidwell Hollow. Let’s have a great day.

It’s the birthday of E. L. James (affiliate link). She was born Erika Mitchell in London in 1963.

James started writing stories based on characters from the 2008 film “Twilight.” 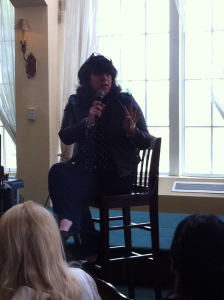 In 2011, the writer changed her characters’ names. She moved them outside of the “Twilight” universe and pulled the stories into three novels. They center on wealthy businessman Christian Grey and recent college grad Anastasia Steele.

Also in 2011, James signed with a small Australian-based publisher. An ebook and paperback version of James’s first book, “Fifty Shades of Grey,” released in May 2011. A second book followed in September 2011 and the final book in January 2012.

Word spread about the salacious book online and in the media. Within ten months, “Fifty Shades of Grey” sold 250,000 copies, mostly in ebook form. It reached number one on The New York Times e-book fiction best-seller list.

Then James signed a seven-figure book deal with a major U.S. publisher, Vintage Books. The company published 750,000 books in its first print run in March 2012.

By August of that year, 30 million copies of the “Fifty Shades of Grey” trilogy had sold. One hundred million copies had sold by February 2014. The book remained on the NY Times best-seller list for more than 100 weeks.

Critics haven’t been kind to the “Fifty Shades of Grey” books. But many people love them and continue to buy them. Last year, Forbes Magazine listed James as the ninth highest-paid author in 2017, earning $11.5 million.

It’s also the birthday of writer and environmental activist Rick Bass (affiliate link). He was born in Fort Worth, TX, in 1958. 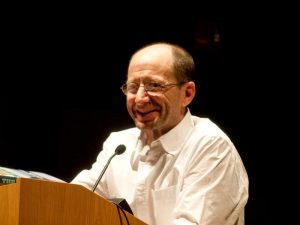 Bass sets much of his writing in the American West, where he lives. He’s written novels such as 2010’s “Nashville Chrome.”

But it’s in short fiction that he’s made his reputation. Bass won the Pushcart Prize many times, and he’s won two O. Henry Awards.

Along with writing fiction, Bass publishes essays advocating for protecting the environment. His articles have appeared in publications such as The Atlantic Monthly and The New Yorker.

But when readers read his fiction, Bass doesn’t want them focusing on his activism.

“My goal in writing a short story is to enter into a dream world, and for the reader to enter that dream, a dream of the senses,” he said.

Van Zandt got his first guitar when he was nine, after watching Elvis Presley on TV. By his early twenties, he was playing live shows in Houston. He heard Bob Dylan’s “The Times They Are a-Changin'” and decided he would write and sing songs for a living.

In 1967 he moved to Nashville to record his first album, “For the Sake of the Song.” The record mixed down-and-out country songs with some honky-tonk music. It didn’t sell well, a harbinger for the rest of Van Zandt’s career.

Van Zandt did have a couple of songs from his 1972 album, “The Late Great Townes Van Zandt,” that became hits. It’s that the songs didn’t become hits until other people sang them.

Emmylou Harris and Don Williams covered Van Zandt’s “If I Needed You” in 1981. The song peaked at number three on the country music charts.

Then Willie Nelson and Merle Haggard recorded a version of the Van Zandt song, “Pancho and Lefty.” It topped the country charts in 1983.

Van Zandt struggled for most of his life with depression and addiction. He died at 52 in 1997.

And it’s the birthday of Robert Harris (affiliate link). He was born in Nottingham, England, in 1957.

Harris was a successful journalist when he started work on an alternative history novel. Based on the premise that Nazi Germany won World War II, “Fatherland,” published in 1992. It became a bestseller in the United Kingdom (UK). An HBO movie based on the novel, also titled “Fatherland,” aired in 1994.

Much of Harris’s fiction have become films.

His 1998 book, “Archangel,” released as a TV miniseries in the UK starring Daniel Craig. Kate Winslet starred in a film adaptation of Harris’s “Enigma.” And Roman Polanski directed a movie, “The Ghost Writer,” based on Harris’s “The Ghost,” which published in 2007.

Polanski plans to direct the film version of another Harris book, 2013’s “An Officer and a Spy.” The novel tells the story of the Dreyfus Affair through the eyes of French military officer Georges Picquart.

Picquart risked his reputation to free Alfred Dreyfus, a Frenchman convicted of spying for Germany.

Though “An Officer and a Spy” runs over 500 pages, Harris wrote the book in six months.

“I think it’s to do with having been a journalist, having to deal with deadlines,” Harris said. “You see things under pressure.”

Harris’s latest book is “Munich.” It published in January.

“I Found Her Out There”

I found her out there

On a slope few see,

Where the ocean breaks

On the purple strand,

And the hurricane shakes

I brought her here,

And have laid her to rest

In a noiseless nest

No sea beats near.

She will never be stirred

In her loamy cell

By the waves long heard

And loved so well.

So she does not sleep

By those haunted heights

And the blind gales sweep,

Whence she often would gaze

While the dipping blaze

And would sigh at the tale

Or listen at whiles

To the murmuring miles

She is far from now.

Yet her shade, maybe,

Till it catch the sound

Of that western sea

As it swells and sobs

Where she once domiciled,

And joy in its throbs

With the heart of a child. 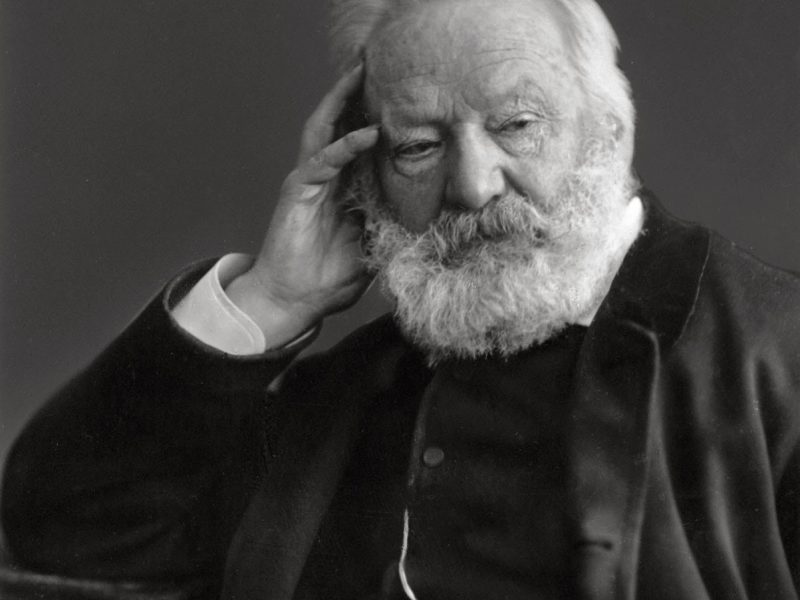