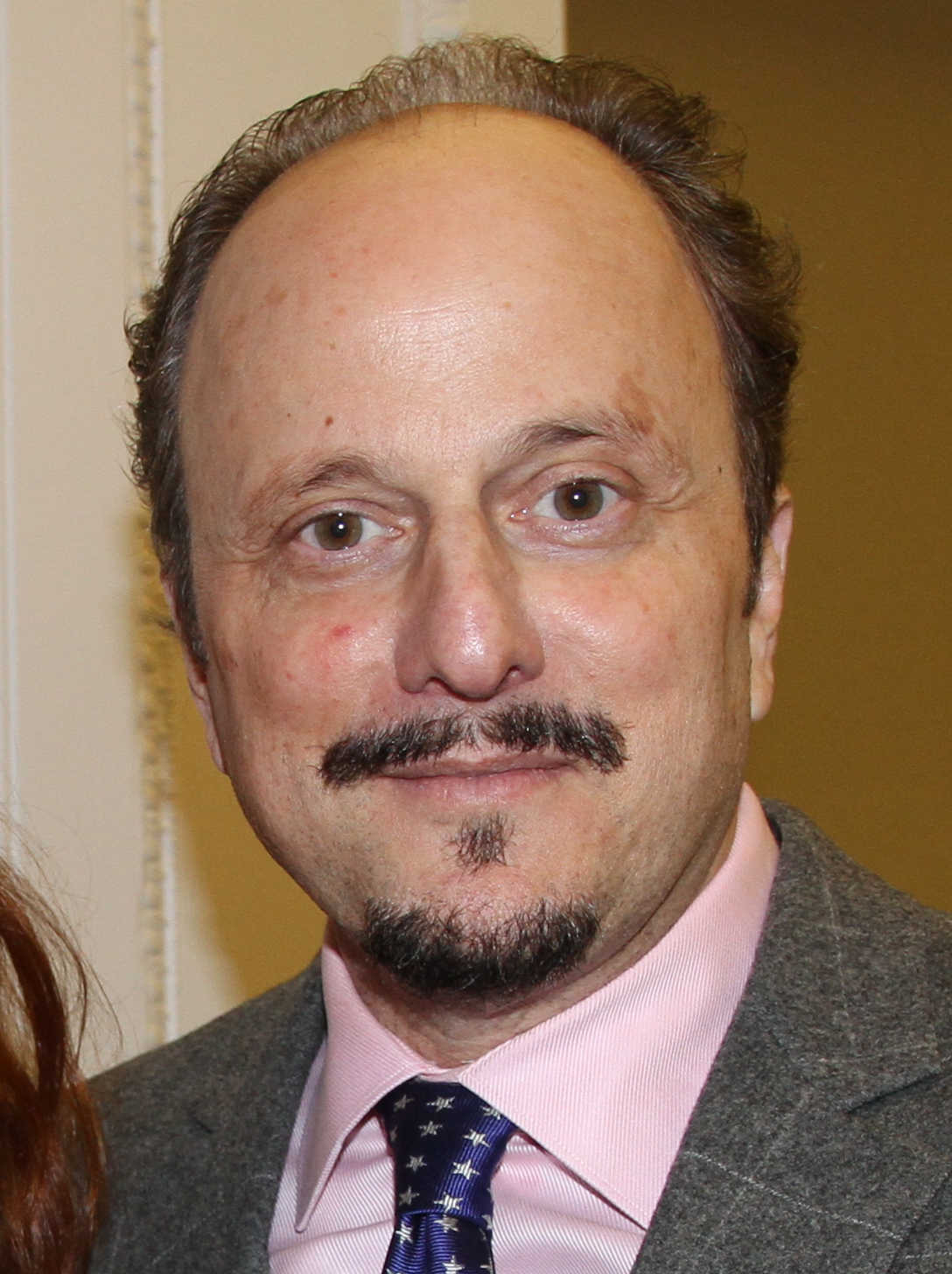 Today is Thursday, March 8, 2018. Birthdays today include writers Jeffrey Eugenides and Douglass Wallop. It’s also the birthday of poet Juana de Ibarbourou and journalist John McPhee. Claude McKay’s “I Know My Soul” is our poem for today. Thank you for reading Bidwell Hollow. And thank you for telling others about Bidwell Hollow. Have a wonderful day.

Today is Jeffrey Eugenides’s (affiliate link) birthday. He was born in 1960 in Detroit, MI.

Eugenides burst on the scene with his 1993 novel “The Virgin Suicides,” about five sisters who commit suicide in the same year. The book’s available in 34 languages. And director Sofia Coppola turned the book into a film starring James Woods, Kirsten Dunst, and Josh Hartnett. 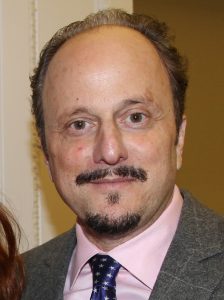 In 2002, Eugenides published “Middlesex.” It’s the story of a hermaphrodite whose Greek immigrant parents raise as a girl.

The novel topped The New York Times paperback best-sellers list for five weeks in 2003. The same year, Eugenides won the 2003 Pulitzer Prize in Fiction for “Middlesex.”

Then, in 2007, Oprah Winfrey put “Middlesex” on her Summer Reading List. Eugenides appeared on her show to talk about the book. Until that point, sales of “Middlesex” were good. But now the novel received “the Oprah bump.”

It appeared again on The New York Times paperback best-sellers list, this time climbing to the number two spot. It made the USA Today Best-Sellers list.

When asked about the effect Oprah had on “Middlesex,” Eugenides said, “‘Middlesex’ has already had quite a life. Ms. Winfrey is extending that lease.”

Eugenides is currently a creative writing professor at Princeton University.

Juana de Ibarbourou (affiliate link) was born today in Melo, Uruguay, in 1892 or 1895. Many sources list 1895 as the poet’s birth year, while some official sources list it as 1892. And her official biographer didn’t record a year for Ibarbourou’s birth.

Regardless of when Ibarbourou was born, she remains one of the most well-known poets in Latin America. 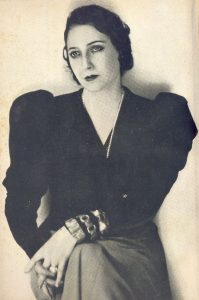 Ibarbourou’s mother was a native Uruguayan. Her father was from Galicia, Spain. And for most of her childhood, a nanny named Feliciana cared for Ibarbourou.

All three influenced Ibarbourou’s work. Her mother instilled in her a deep religiousness. Feliciana regaled Ibarbourou with stories featuring goblins, ghosts, and talking animals. And her father read her poems by poets such as Rosalía de Castro and José de Espronceda.

Then, in the 1930s, Ibarbourou took a break from poetry. She instead wrote prose about religion and mortality in the books “Loores de Nuestra Señora” (“Praises of Our Lady”) and “Estampas de la Biblia” (“Prints of the Bible”).

Ibarbourou added radio dramas for children to her resume in the 1940s while publishing more poetry. She became a member of the Uruguayan Academy of Letters in 1947. And she received a nomination for the Nobel Prize in Literature in 1959.

The Uruguayan government buried her with full honors when she died in 1979.

And it’s the birthday of the man behind the musical “Damn Yankees.” That’s Douglass Wallop (affiliate link), born in 1920 in Washington, DC.

Wallop’s second novel, “The Year the Yankees Lost the Pennant,” merged baseball with Faust. The book published in 1954. Its central character, Joe Boyd, makes a Faustian deal with a man named Mr. Applegate.

Applegate will make Joe Boyd a baseball star long enough for him to help his hapless Washington Senators beat the New York Yankees. Of course, as literary deals with the devil go, things don’t go as Boyd expected.

Wallop and producer/playwright George Abbott turned “The Year the Yankees Lost the Pennant” into the musical “Damn Yankees.” The production opened May 5, 1955, and ran for 1,019 performances.

A film version of the play released in 1958. Every cast member from the Broadway production appeared in the film, except one. Actor Tab Hunter replaced Stephen Douglass for the part of Joe Hardy. (The Hardy character was Joe Boyd in the book.) 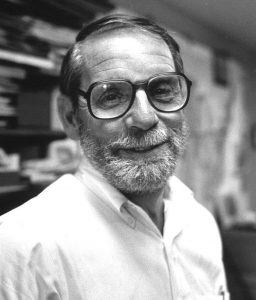 McPhee’s written about former NBA star and New Jersey Sen. Bill Bradley, the craftsmanship of making a bark canoe, Russian art, and the geology of the American West. Four of McPhee’s books about the West’s geology published between 1981 and 1993.

McPhee combined these four books with a fifth, titled “Crossing the Craton.” The collection, “Annals of the Former World,” released in 1998. For his effort, McPhee received the 1999 Pulitzer Prize in General Nonfiction.

Along with publishing over 30 books, McPhee’s written for The New Yorker since 1963. His most recent piece covers his hopes of seeing a black bear from his home in Princeton.

McPhee has his Pulitzer, and he’s received many other awards and honors over the years. These include the George Polk Career Award and the National Book Critics Circle’s Ivan Sandrof Lifetime Achievement Award.

I plucked my soul out of its secret place,

And held it to the mirror of my eye,

To see it like a star against the sky,

A twitching body quivering in space,

A spark of passion shining on my face.

And I explored it to determine why

This awful key to my infinity

Conspires to rob me of sweet joy and grace.

And if the sign may not be fully read,

If I can comprehend but not control,

I need not gloom my days with futile dread,

Because I see a part and not the whole.

By this narcotic thought: I know my soul. 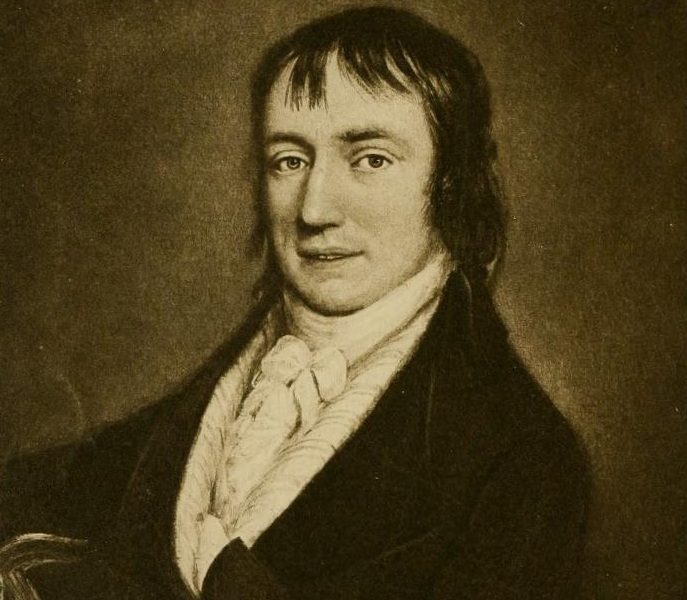