Susanne Perry was too impatient to wait for a publisher to release her debut novel, The Suite. (Her words, not mine.) 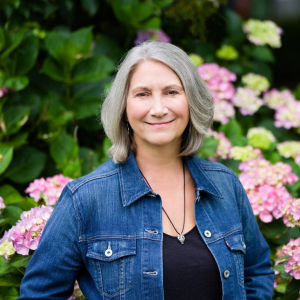 So, Perry published the book herself. Self-publishing also allows Perry to own all of her work and how it’s published.

Perry is working on a sequel to The Suite. And she’s learned a lot about being an Indie author.

In the interview below, Susanne Perry dishes on what she’s learned about self-publishing, including tips for authors who are considering doing the same. Perry also talks about that sequel she’s writing, as well as the scariest thriller she’s ever read.

Can you tell us a little bit about yourself?

I am a native of Washington State and grew up there. The city I’m from is Vancouver. The saying goes, “Vancouver not BC, Washington not DC.” I’m from a big family. I live between the Long Beach Peninsula on the Washington coast and Tucson AZ. My husband and I are avid golfers. Other favorite pastimes are reading, watching scary movies, and occasionally binge-streaming TV shows, especially British police series. I am a classic rock music aficionada.

When did you start writing creatively?

Started writing as a teenager after my parents died. It was helpful, cathartic. Most of my early writing was journaling. In college, I began writing fiction and was encouraged by professors. My former professional life required documentation in varying degrees, from case notes to grant applications. If I ever decide to write non-fiction it may be about golfing.

From where did the inspiration for your first novel, The Suite, come?

It’s about the murder of a young homeless woman and the hunt for her killer (I’m often asked and yes, the subject is completely fiction). The inspiration came from my years working in social services. My first job after college was on staff at a shelter for the homeless. I’ll never forget the strengths I saw in many of those people, especially the ones trying to keep their families together.

You’re planning a follow-up to The Suite, correct? Anything you can tell us about that work?

I am writing a sequel and it’s pretty much consuming me right now. A murder mystery again, the story returns to the homeless community but an arrest is made early on. Deeper dive into individual lives of characters, both the homeless and those providing services for them. Greed will reappear and there may be some political overtones.

It’s exciting for me because I’ve grown as a writer and the returning characters have grown, as well. The response to The Suite has been encouraging with readers wanting to know what may happen next. My protagonist returns. She and I are graduates of the same university. She shares my love of rock music but as she is much younger than I, she prefers Pacific NW Alternative. I will aim for its release early next year.

How did you arrive at the decision to self-publish?

I chose to self-publish because I wanted to own the rights to my work and control the “creative process.” And to be honest, time was a factor. I was impatient to actually see the book in print after the manuscript was finished. The day I first held a copy of the novel in my hand is one I’ll not forget. 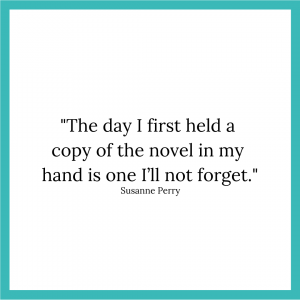 What are some lessons you’ve learned from self-publishing? Any tips or tricks you can share?

First, thank you for visiting my website and reading my blog posts!

The self-pub option I chose is what’s called a hybrid, defined as somewhere between traditional publishing and a truly Indie endeavor. The process was rather expensive because it was a package. I didn’t know then that a “pick and choose” cafeteria-style approach would have better suited my needs. Most decisions during the publishing process were mine, but I didn’t realize until too late how unprepared I was to make many decisions.

For example, I wanted to own the copyright, which was smart, but not that difficult. What’s smarter is owning your ISBN (the code that allows retail price-scanning and printing of physical copies). Also, I didn’t know that if you e-publish, an ISBN may not even be necessary. Pricing of print copies was a decision I had no control over and I regret that. On the upside, they did a wonderful job designing the cover and interior.

My advice to anyone looking to self publish is to put as much effort into educating yourself beforehand about your options as you’ve put into writing your book. But we don’t know what we need to know until we need to know it. Also, many authors simply don’t enjoy the business details or self-promotion, which is a must. I am definitely one of those authors. Unless you plan to market exclusively online, authors need to have relationships with booksellers in actual bookstores. Many are very open to working with Indie authors, and they are invaluable.

There are so many options for Indie authors to explore, including Amazon Publishing, Amazon Kindle, and IngramSpark, that the right fit is out there. There are membership platforms, Wattpad, for example, to put your work in front of large numbers of readers which is the object anyway. Social media has created a supportive community among Indie authors. And I love Goodreads as an author and a reader.

Who are some authors that you admire?

So many. Favorite authors of classics include Thomas Hardy, Robert Louis Stevenson, Edgar Allan Poe, Ernest Hemingway, and Charles Dickens. Contemporary authors I admire include a few that worked in a profession they chose to write fiction about it i.e. Jonathan Kellerman and John Grisham. Other favorites are P.D. James, Ken Follett, Anne Perry. My absolute favorite novel of all time is The Pillars of the Earth by Ken Follett (affiliate link). I’ve read most of the Stephanie Plum series by Janet Evanovich and never failed to laugh aloud. The scariest thriller I’ve ever read was Red Dragon by Thomas Harris (affiliate link).

Have you read any good books lately?

I read New York by Edward Rutherford (affiliate link) not too long ago. Very good. Recently read The Count of Monte Cristo for the first time and loved it. Just finished a YA novel entitled Adaline, which I enjoyed.

Have just started reading a novel by an author new to me. The book is The Interview Room by Roderick Anscombe (affiliate link). An M.D., Anscombe is a forensic psychiatrist as well as an author. The book is about a psychiatrist working in a hospital for the criminally insane. I predict it will be right down my alley.

Anything else Bidwell Hollow readers should know about Susanne Perry?

Keep reading. It’s one of life’s pleasures. If you’re an Indie author, keep at it. I love the idea that you could be someone’s favorite author someday. And thank you to Nick and Bidwell Hollow, a great resources for readers and writers.

Thank you to Susanne Perry for this interview. You, too, could be featured on this blog. Use this website’s contact form to reach out.